Air Serbia to launch flights from Istanbul Airport in December 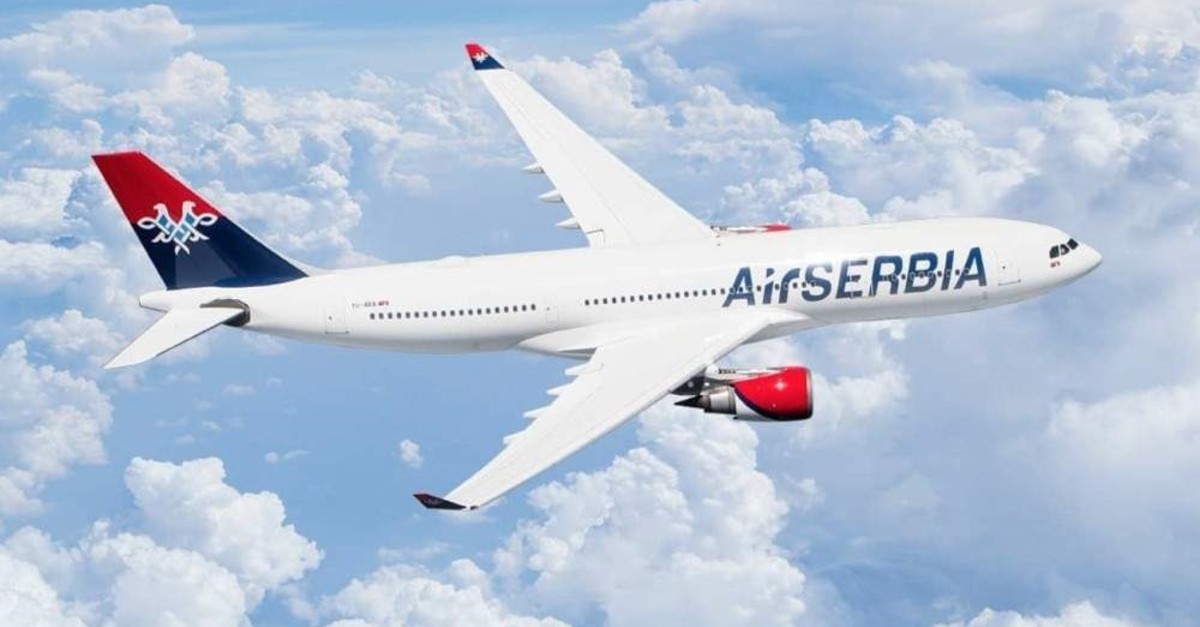 ?HA Photo
by Daily Sabah Nov 29, 2019 2:38 pm
Air Serbia has decided to resume flights from Istanbul on Dec. 11 after nearly a two-year break since March 14, 2017.
According to a statement released by the Istanbul Airport operator IGA on Friday, Air Serbia will launch Istanbul-Belgrade flights from Turkey’s newest airport, stressing that the airport continues to receive international demand.
Air Serbia, in the initial phase, will hold Istanbul-Belgrade flights three times a week and will later raise the frequency four times a week before the year’s end. In the first months of next year, the Serbian carrier plans to raise the frequency seven times a week.
With the launch of Air Serbia, currently 74 airline companies are holding flights from the Istanbul Airport.
“The launch of Istanbul-Belgrade flights by Air Serbia is pleasing news.,” IGA Chairman and General Manager Kadri Samsunlu said in the statement by the company on Friday. He recalled that Turkey and Serbia have significant potential in business in addition to travel for tourism.
The visa liberalization agreement Ankara and Belgrade inked in July 2010 have enabled a momentum in the Turkish tourism, Samsunlu remarked. “In 2018, more than 100,000 Turkish people visited Serbia and Turkey hosted above 200,000 Serbian visitors in the same year,” he noted and continued, “We expect that the passenger numbers between Turkey and Serbia will further increase following the launch of flights by Air Serbia.”
IGA is happy to see the rising number of foreign airline companies that begin flights from the Istanbul Airport, Samsunlu added. “We aim to become one of the airports that offer services more than 100 carriers in the shortest period of time. We would like to become a priority choice for global airline companies since Istanbul Airport redesigns aviation rules and molds the sector,” he said.