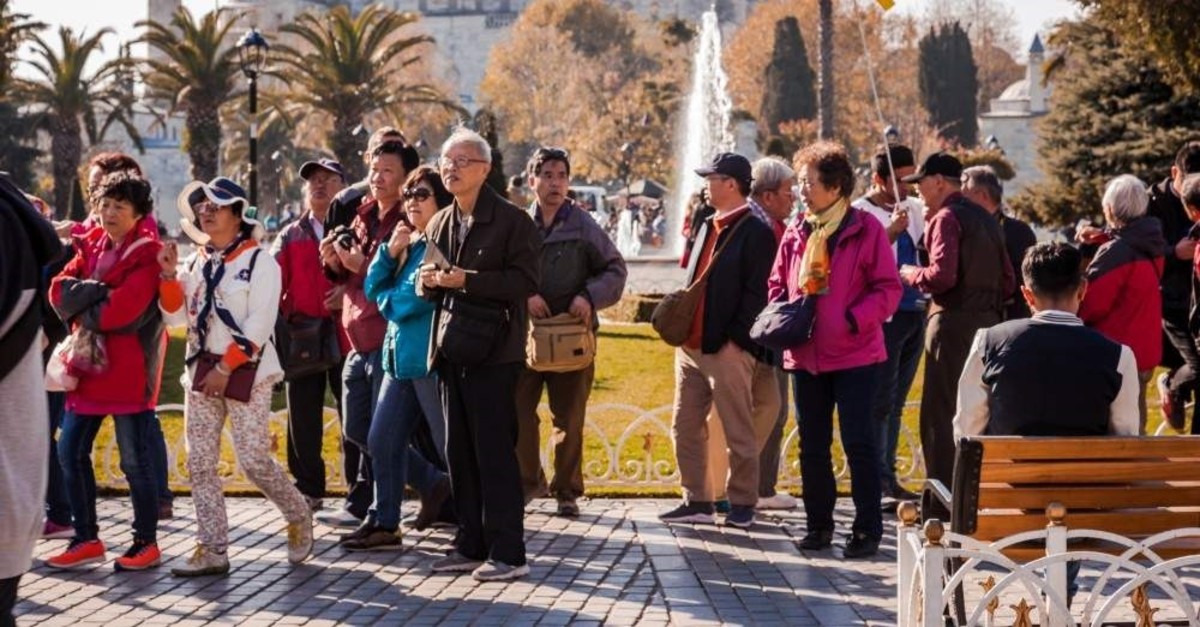 iStock Photo
by Daily Sabah with AA Nov 29, 2019 10:48 pm
The number of international visitors to Turkey surged 14.5% year-on-year to 40.7 million this January-October, said the country's Culture and Tourism Ministry on Friday.
The Mediterranean resort city of Antalya saw the highest figure, with 14.1 million in the first 10 months. In October, 4.3 million foreign visitors came to Turkey, up 14.3% year-on-year.
Last year, the country welcomed 39.5 million foreign visitors, up 22% from 2017.
Istanbul, Turkey's largest city by population and a top tourist draw, was the number two destination, drawing 12.7 million foreign visitors. Antalya and Istanbul received 38% and 31.4% of the total foreign visitors, respectively, last month.
Russian was the top nationality of visitors from abroad, with 6.7 million, accounting for 16.44% of all foreign visitors entering Turkey. Russia was followed by Germany with 4.7 million, which registered an 11.9% rise in the number of visitors compared to the same period of last year.
The U.K. ranked third in the number of visitors as 2.4 million British tourists visited Turkey in the first 10 months. The number of Bulgarian and Iranian visitors were recorded at 2.3 million and 1.8 million, respectively.
Last Update: Dec 20, 2019 2:02 am
RELATED TOPICS