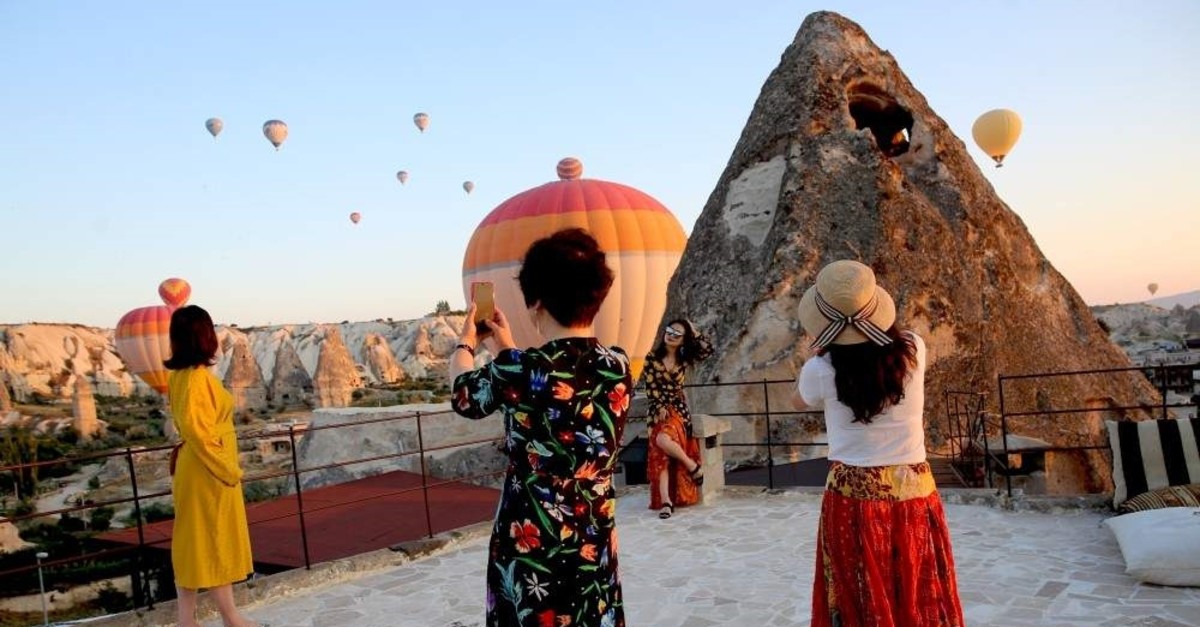 Cappadocia, one of Turkey’s top destinations, has welcomed a record 3.7 million tourists in the January-November period this year, according to official data.

With the arrivals, the region crossed the 3-million threshold for the first time in history.

Tourists in Cappadocia, which has been on UNESCO's World Cultural Heritage List since 1985, get to view the famous fairy chimneys, natural rock formations, underground settlements, rock-cut historical monasteries, as well as stay at boutique hotels and go on hot air balloon tours. More than 559,618 tourists took hot air balloon rides during the first 11 months.

The Göreme Open Air Museum was the top touristic site in Cappadocia with 1.4 million visitors so far this year.

In January this year, 11,210 visitors had the opportunity to view the riches of the region from the sky on hot air balloons that rise at sunrise each morning from Göreme and the surrounding areas, while the figure peaked in September with 77,767, declining slightly to 50,100 in November.

Talip Aldemir, chairman of the Association of Turkish Travel Agencies (TÜRSAB) Cappadocia Regional Chapter Executive Board (BTK), said that the facilities in the region, which provide qualified services for tourists, contribute significantly to the national economy.

Aldemir told Anadolu Agency (AA) that Cappadocia is one of the important tourism regions that has hosted many civilizations.

“The continued stability in Turkey has brought Cappadocia tourism to this point. We have hosted more than 3.5 million tourists. Hot air balloons in Cappadocia also made a positive contribution to tourism,” Aldemir said.

“One out of every six tourists who came to the region had the opportunity to watch the region from a bird's eye view. Early reservation demand has reached 60% before 2020. We expect much more intensity during the next tourist season. All-inclusive systems like the coastal areas do not work here. Here we focus on offering better quality and revenue-generating services," he said.

Göreme Tourism Development Cooperative President Mustafa Durmaz said they expect the number of tourists visiting the region to approach 4 million by year-end. He added that this figure indicates Cappadocia could host 5-6 million tourists in the coming years.

“Cappadocia is a unique place on earth. Travelers now want to see natural, cultural and historical sites. It has proven that Turkish tourism is not only about the sea and sand. Cappadocia's importance is growing exponentially,” Durmaz said.
According to the Culture and Tourism Ministry, in the January-November period of 2014, 2.7 million tourists visited Cappadocia museums and historical sites, while in 2015, the number went down to 2.5 million. In 2016, the number of tourists was 1.4 million, followed by 2 million in 2017 and 2.8 million tourists in 2018.