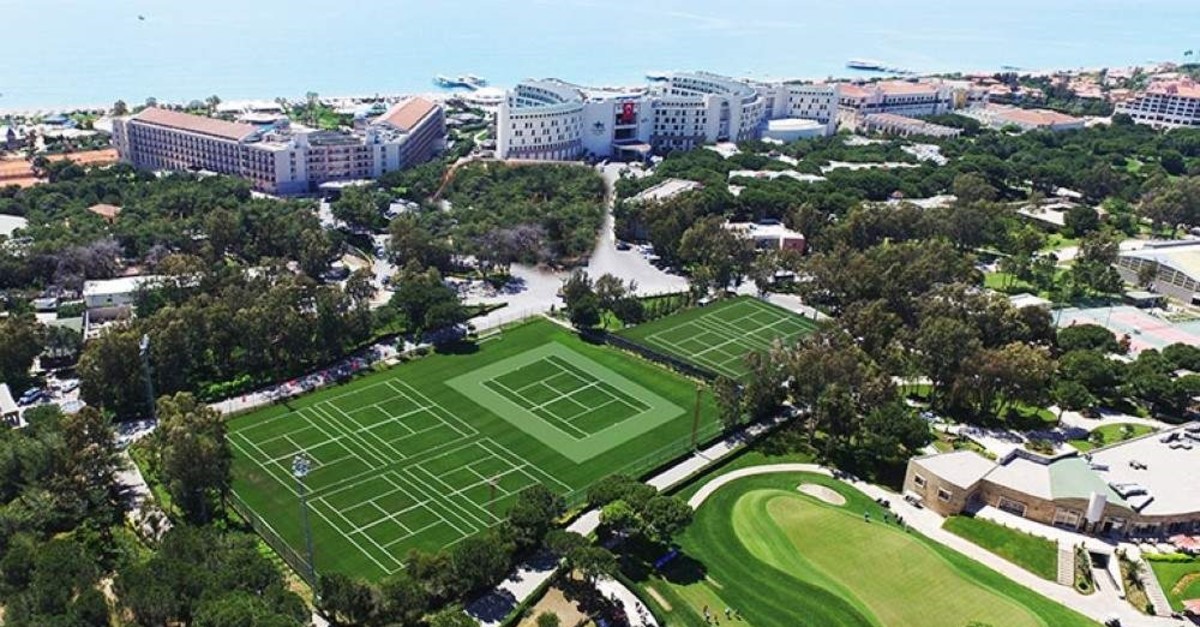 Foto: Courtesy of Kaya Palazzo Belek Hotel
by Betül Alakent Dec 22, 2019 6:33 pm
Besides being known across the world as a unique summer holiday destination, the Mediterranean resort city of Antalya is now set to welcome dozens of sports clubs in the offseason, according to sector representatives.

Some 2,500 clubs in many sports branches, including football, tennis, volleyball and basketball, from around 83 countries are said to have already made reservations and will be coming to the sunny coastal resort for winter training until March 2019, Recep Şamil Yaşacan, the head of Turkey's Sports Tourism Association, told Turkish Sabah daily Sunday.

But the figure is expected to reach 3,000 between Dec. 20 and April 10. Around 100,000 athletes are said to arrive in the city. Sports tourism is expected to boost hotel occupancy rates during the offseason in the resort town by 40%. Antalya is projected to earn some $100 million during the said period.

Yaşacan said Antalya has started to come to the fore in sports tourism, indicating that clubs that previously got used to going to Dubai, Spain and Greek Cyprus have started to turn their routes toward Antalya.

Yaşacan underscored that teams generally come in groups of 35-40 people on average, adding that a team spends up to 350,000 euros.

On the other hand, Limak Hotels CEO Kaan Kaşifoğlu said they will be hosting some 200 teams from Germany, Switzerland, Russia, Kazakhstan, Ukraine and Scandinavian countries.

In the winter period, said Kaşifoğlu, occupancy rates reach 75%, of which he said sports tourism constitutes 40%.

"This tournament helps Antalya to become a camp center in tennis as well," Türlü noted, saying that in addition to tennis, they also host golf and football teams in their hotels.

"We will host 40 football teams in January-March 2020. Optionally, we expect the return of another 10 teams. We will have hosted over 50 camps in 2020. We reach 50% occupancy in winter together with football, tennis and golf," he added.

Sports tourism has a major contribution to regional promotion and spreading of tourism throughout 12 months, Şahin said, adding that Antalya has seen a significant increase in demand over the last two years.
RELATED TOPICS