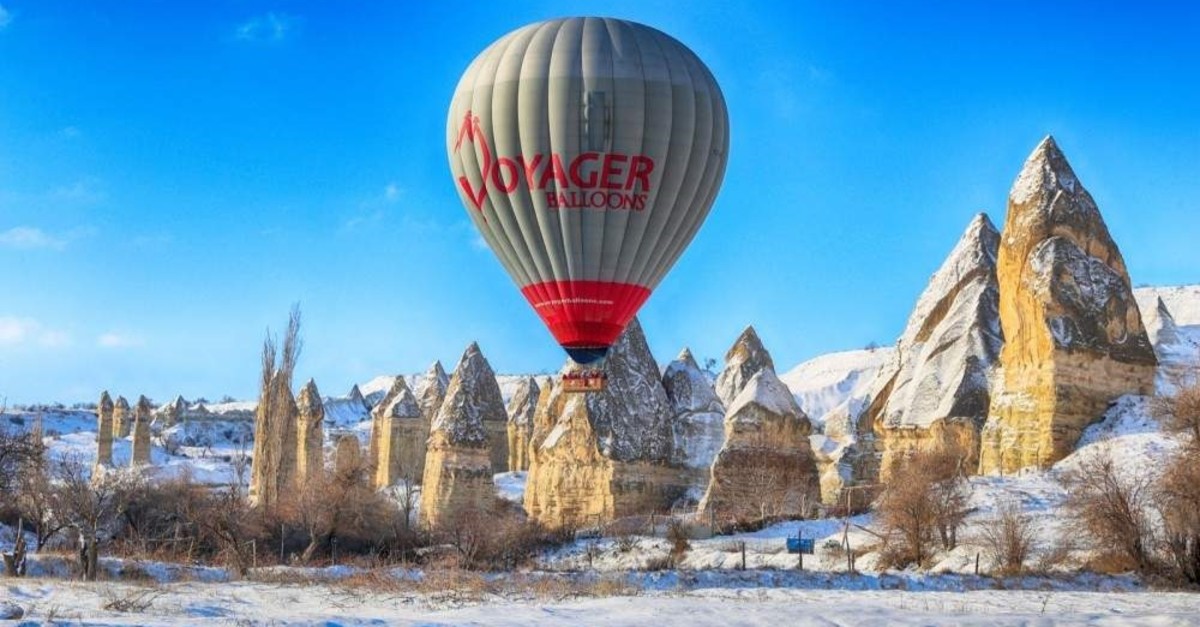 The number of international visitors to Turkey surged 14.31% year-on-year to 42.9 million in the first 11 months of this year, the Culture and Tourism Ministry announced Monday.

The Mediterranean resort city of Antalya maintained its status as Turkey's tourism capital with 14.4 million tourists in the January-November period. Istanbul, Turkey's largest city by population and a top tourist draw, was the number two destination, drawing 13.7 million foreign visitors. The two cities hosted more than 65% of all foreign tourists visiting Turkey.

With an increase of 17.42%, some 6.89 million Russian tourists arrived in the country in the said period, again topping the list among nations. They were followed by Germany with an increase of 11.57%, totaling 4.83 million tourists, and the U.K. with a rise of 13.3%, and 2.5 million tourists. Bulgaria and Iran were also among the top countries sending the highest numbers of tourists.

Meanwhile, more than 5 million Turkish citizens living abroad arrived in the first nine months of 2019, according to the Turkish Statistical Institute (TurkStat), helping Turkey near its 51 million target for foreign visits set by the government.

According to the World Tourism Organization (UNWTO) December 2019 data, Turkey ranks sixth in the world in terms of the number of tourists and 15th in terms of tourism income.

Industry representatives expect this year's performance to continue over the course of the next year as well.

Turkey started to achieve targeted figures in a very short period, he added. Çorabatır emphasized that the 2018 figures were achieved in the first 10 months of this year, calling it a major success.

He also underscored that every region of the country felt this year's increasing tourism performance.

Çorabatır recalled that the Mediterranean resort city of Antalya was the top spot for foreign visitors.

"Antalya proceeded on its path by breaking records every week. There was a noteworthy increase in both the Aegean region and Istanbul. We also expect double-digit growth in Istanbul next year," he added.

Çorabatır also pointed to the high demand for cultural tours. "Cappadocia, Mardin, Diyarbakır, Pamukkale and the Black Sea region all have started to see a significant increase in demand."

Turkey's southeastern provinces draw local and foreign tourists with their rich, millennia-old heritage. With their ancient cities, historical mosques, bridges, castles and trade centers, Diyarbakır and Mardin are common destinations for tourists who wish to experience the cities from which multiple civilizations were born and prospered for thousands of years.

Located in Turkey's Aegean province Denizli, the world-renowned Pamukkale is popular among tourists from across the globe, particularly Europe, East Asia and Latin America as well as Russia. Pamukkale is a UNESCO World Heritage Site known for its mineral-rich thermal waters and white travertine terraces.

"Tourism has entered a period of increase. We need to turn this into a good opportunity," stressed Çorabatır, who remarked that the tourism sector has been the only sector unaffected by the disrupting global developments, such as trade wars.

The country, earlier this year, established the Turkey Tourism Promotion and Development Agency to promote and further develop tourism in the country. The agency aims to help Turkey take a larger slice of tourism revenues, and it will also help boost the number of tourists.

Çorabatır noted that they are looking forward to "a good 2020" thanks to promotional activities by the Tourism Promotion and Development Agency.

The collapse of the world's oldest travel agency, Thomas Cook, which ceased its operations in September, also left a mark on 2019. The 178-year-old British operator failed to get a last-ditch rescue deal and declared bankruptcy, leaving more than half a million people stranded around the globe, and the heavily indebted business has been sold off in parts.

The collapse hadn't affected the performance of the British market in Turkey, which surged this year, according to Çorabatır. What's more, he said Turkey would take a larger share of this market in the period ahead compared to other countries.

RISE OF AT LEAST 10% IN ALL MARKETS

"We have had a very good year. Demand shows 2020 will start well. We had some concerns about the British market, however, the surge in the market continues. We foresee at least a 10% increase in all markets for 2020. It looks like it will probably happen, current reservation flows are pretty good," said Atmaca.

Antalya welcomed guests from 193 countries, while there were intensive arrivals from 25 of them, Atmaca noted. "We expect a rise in Ukraine and the U.K. market next year as well. A target is to increase the number of incoming tourists by at least 10%. We foresee a figure of 17.5 million for Antalya and 57 million for the whole country," Atmaca concluded.