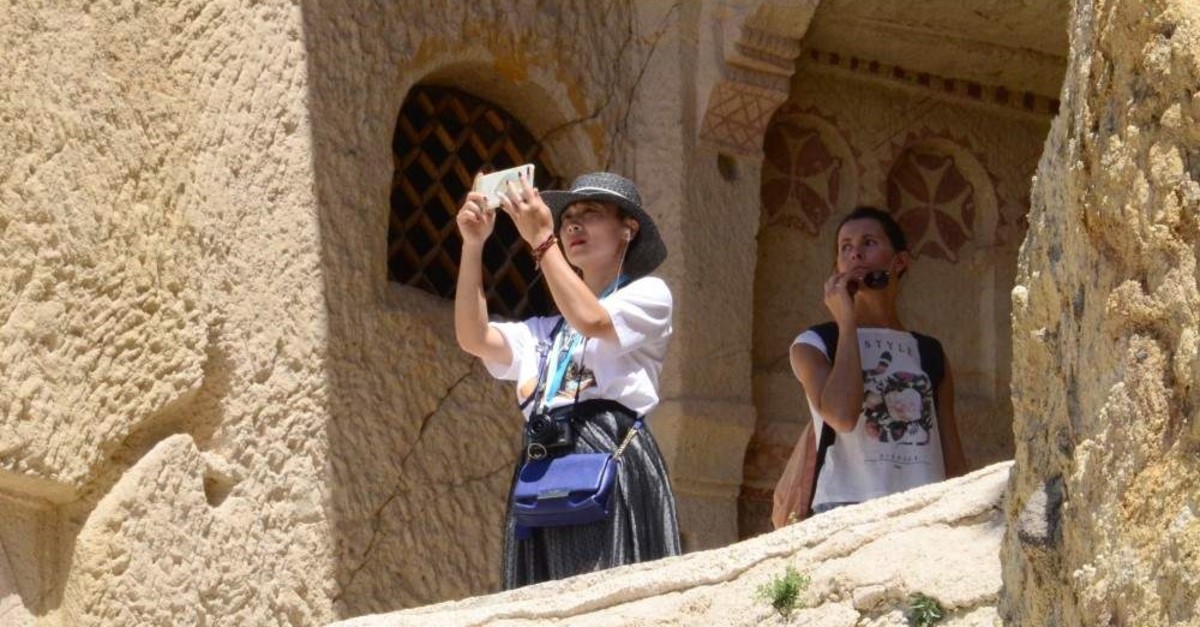 Turkey's Cappadocia region has become an attractive destination for Asian tourists, particularly from China. (Photo by Ali Altunta?)
by Daily Sabah Dec 30, 2019 5:18 pm
Tourism operators across Turkey are preparing to attract more tourists from East Asia, China and India ahead of the 2020 tourist season, as well as to appeal to a new generation of solo travelers, thereby diversifying the market in an attempt to see higher revenues.

The tourism industry experienced a strong season in 2019, with the number of tourists reaching nearly 43 million over the period between January and November, as the country shows a sure sign of recovering from a steep downturn experienced in previous years. However, tourism companies remain concerned about not being able to increase their revenues in light of a hike in costs and new taxes soon set to come into effect.

In an effort to look at new ways of driving up revenues in 2020, the industry has decided to target the rapidly-growing Asian markets and looks to try to better accommodate solo travelers, in a shift away from package tours.

Over the period between January to November, a total of 211,405 Indian tourists visited Turkey, pointing to a 56.2% rise compared to the same month of the last year, according to the data released by the Culture and Tourism Ministry Monday.

With this trend expected to continue into 2020, ease of travel and visa requirements remain the biggest obstacle to the market reaching its full potential, tourism operators told Turkish daily Dünya on Monday.

Yakup Dinler, the Chairman of the Cappadocia Touristic Hoteliers Association (KAPTİD), said that Turkey had the potential to attract over 1 million travelers from India provided the frequency of flights increased and visa restrictions were softened. He added that launching charter flights to alternative destinations such as Cappadocia could help Turkey reach its target of 1 million Chinese tourists.

Tourism Hoteliers Association (TUYORD) Ali Can Aksu stressed that the steep rise in the demand from the Indian market has caused the problem of finding a flight to Turkey. "If this problem is solved, we will see a remarkable increase in the number of individual travelers from India," he said.

Turkey's flag carrier Turkish Airlines (THY) has already taken steps to increase the frequency of flights between Turkey and the Far East.

THY, which has one daily flight from Narita Airport in Tokyo, Japan, will launch flights from Haneda Airport in Tokyo as of April 2020, while the company has recently resumed its Osaka flightpath. Meanwhile, Japanese national airline ANA Airlines is also launching direct flights to Istanbul over the coming period. With the new changes, the weekly number of flights between Istanbul and Tokyo will rise from seven to 20.

THY currently flies to China's Guangzhou, Shanghai and Beijing airports daily and to Hong Kong six times a week. The carrier on Monday announced it has added Xi'an, home of the famous Terracotta Army and the starting point of the ancient Silk Road, to its flight network as of yesterday, making it the company's 318th flight point worldwide. Flights to Xi'an will be carried out three times a week and will be made with Airbus A330-type aircraft.

Culture and Tourism Ministry data released Monday revealed that 403,739 visitors from China came to Turkey over the first 11 months of the year, showing a 9.1% rise compared to the same period last year. Over the said period, the number of Japanese tourists to Turkey also increased by 26.6%, reaching 96,033. 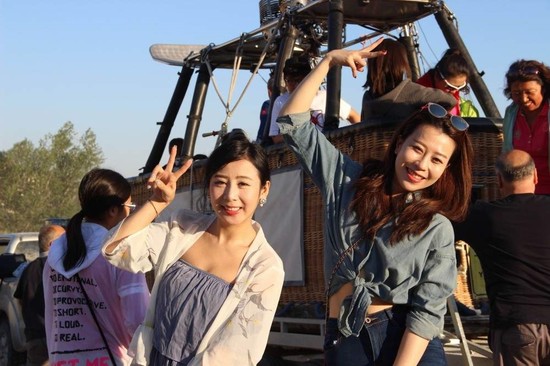 The Culture and Tourism Ministry said it would advertise new flights as part of its 2020 tourism strategy. The new strategy, launched by the ministry in September, includes a 150% hike in tourism advertising funds, boosting investment to the tune of $180 million over the course of 2020.

These tourism advertising funds were previously allocated to tourism expos, but will now be largely funneled into digital and other types of advertising. According to the new plans, advertisement agencies will be called upon to place ad campaigns across 18 countries and increase their presence in India, China, South Korea and Japan, along with more traditional markets.

Another major aim for tourism operators in the 2020 season is to meet the demands of millennials.

Former Head of Turkish Hoteliers Federation and tourism operator Osman Ayık, said that new tourism trends showed that this group preferred to opt for solo travels as opposed to signing up to all-inclusive packages.

"We could achieve higher revenues from an average overnight stay and total average spending per person if we could bring this new generation of travelers to Turkey," Ayık said.

In line with ministry targets, tourism operators plan package tours to account for 15% to 60% across Turkey. Currently, 65% of tourists in Aegean region arrive as part of package tours while this number is 85% for the Mediterranean and 30% for the Marmara regions.