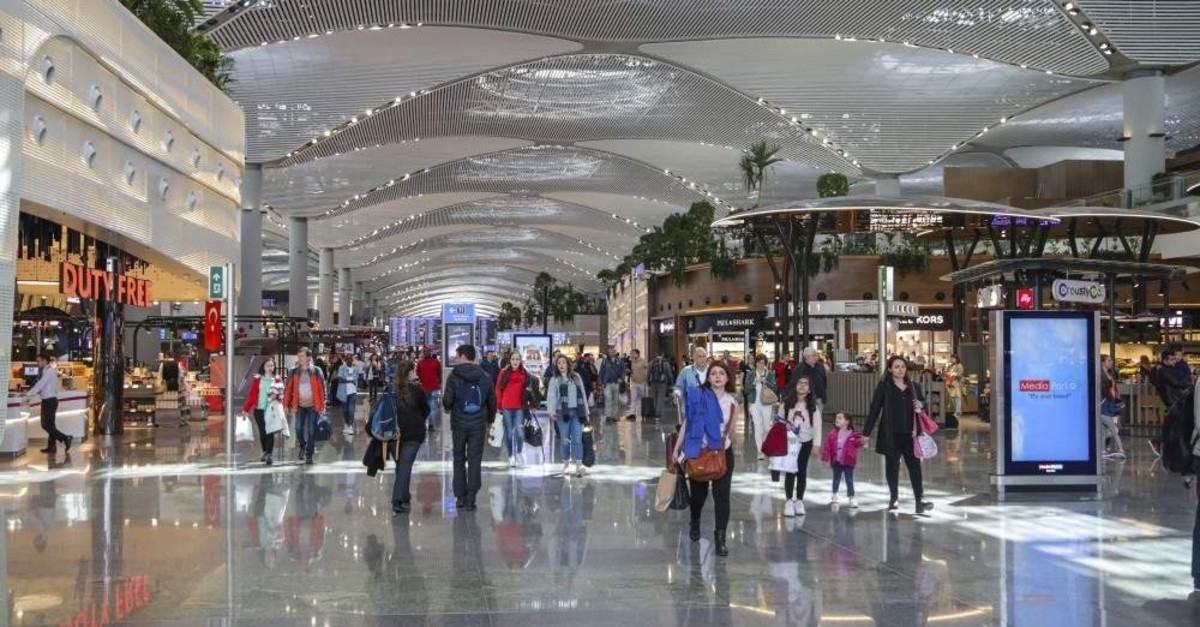 Airports across Turkey hosted 209.9 million passengers in 2019, according to the statistics report by the country's General Directorate of State Airports Authority (DHMİ) Tuesday.

The report, which evaluates the annual passenger, plane and load statistics, said a total of 62,442 planes took off and landed on Turkish airports for domestic flights in the last month of the year while the number of planes for international arrivals was 43,890.

Evaluating the report, Transport and Infrastructure Minister Cahit Turhan told Anadolu Agency (AA) on Tuesday that the number of the domestic flight passengers has reached up to 7.2 million while the number was 6.1 million for the international arrivals in December.

Turhan added that the direct transit passengers totaled up to 13 million in the last month of 2019, noting that the airports' cargo traffic has reached 56,132 tons in domestic lines as of December, and 221,36 tons in international routes.

The plane traffic in the domestic flights was around 839,850 during the entire year, while it was recorded as 713,651 in international flights.

The Istanbul Airport was officially opened in a grand ceremony on Oct. 29, 2018, and became fully operational on April 7, taking over the air traffic from the now-closed Atatürk Airport. Atatürk Airport was one of the busiest airports in Europe. The airport has transitioned to other uses such as training activities, aviation fairs and civil use, while some parts are to be transformed into a public park.

From April to the end of the year, Istanbul Airport served 52.2 million passengers. A total of 327,799 planes took off and landed at the airport in the said period.