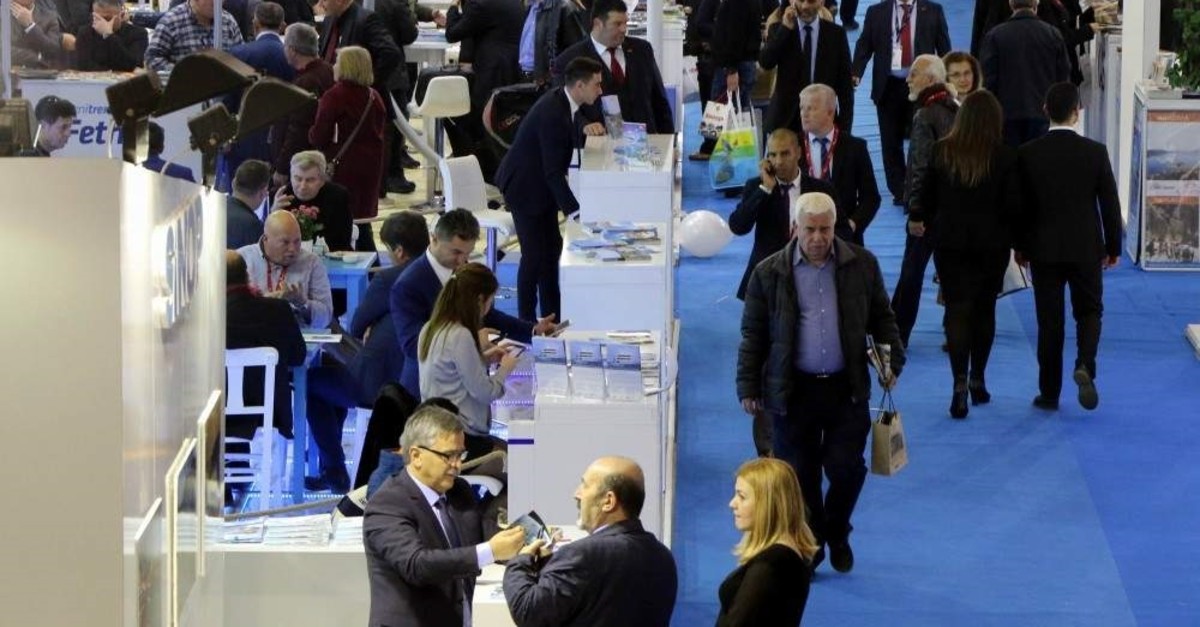 | ?HA Photo
by Betül Alakent Jan 22, 2020 6:28 pm
Meetings, incentives, conferences and exhibitions (MICE) are seen by industry representatives as the most effective way to increase Turkey's tourism, which is again enjoying a buoyant period after a challenging 2016.

Indicating that MICE tourism has recently begun recovering, Bağlıkaya continued: "Congress tourism produces more revenue than individual and package tours – which makes it a more advantageous type of tourism in this respect. According to 2018 data released by the ICCA, the average spending by convention attendee delegates per convention they attend is $2,258. In order to achieve our 2023 vision goals, we need to attract congress tourists back to our country and make Istanbul a congress center."

While most tourists spend an average of $650, a MICE tourist is said to spend about four times that.

According to the Turkish Statistical Institute (TurkStat), the number of foreigners coming to Turkey for business purposes was almost 2 million in 2018. Revenue obtained from those visitors rose by 5% to over $1.6 billion. Revenue obtained from visitors for congresses and meetings accounts for about 6% of Turkey's total tourism revenues.

Pointing out that the number of foreign visitors coming for business purposes in the first nine months of 2019 is the same as the previous year, Bağlıkaya noted: "A total of around 1.42 million people came to Turkey for meeting and business purposes between January 2019 and September 2019. Tourism revenue from these visitors increased by 3.55% compared to the same period in 2018, rising to $1.25 billion. We anticipate that both the number of people and income will increase this year."

Explaining that congress tourism plays a crucial role in increasing tourism revenues and spreading the season throughout the country and the 12 months of the year, Bağlıkaya said: "Our facilities, located particularly in the coastal cities of Antalya, Muğla, İzmir and Aydın, can increase their occupancy rates and income by hosting MICE tourists in winter while welcoming tourists who come for sea, sun and sand in the summer months.
RELATED TOPICS