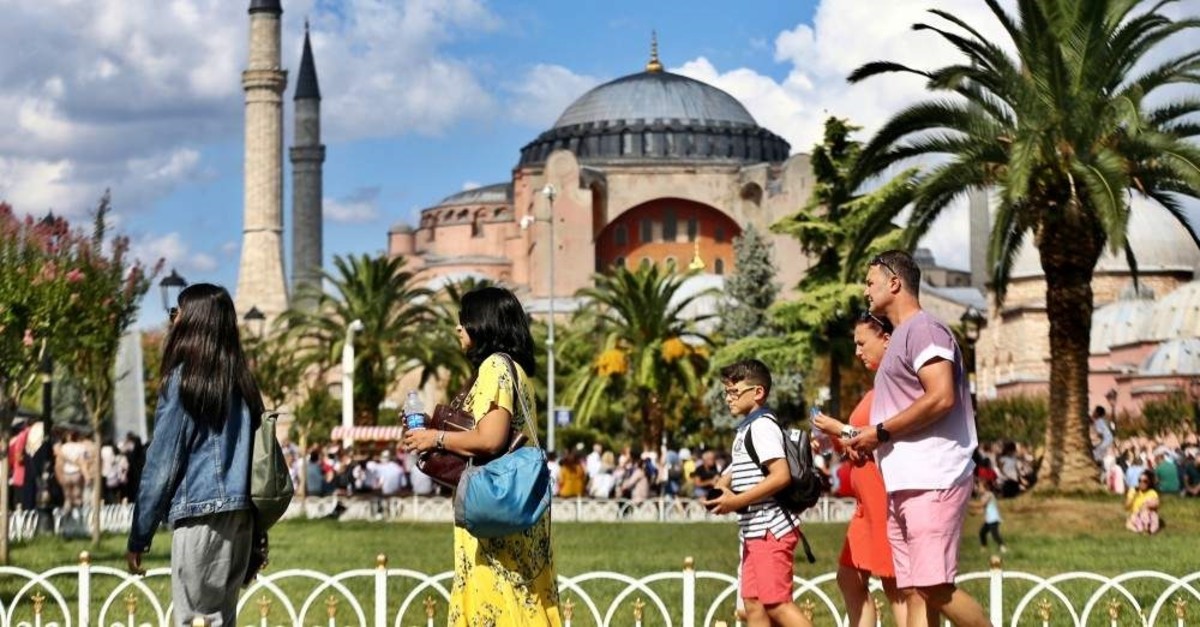 2019 saw a booming tourism sector in Turkey with a 17% surge in revenues and a 14.1% rise in the number of visitors as the country is focused on further expanding the sector this year

Turkey's tourism industry enjoyed another buoyant year in 2019 with more visitors and soaring revenues. Tourism revenues hit $34.5 billion last year, a record high, according to a report issued by the Turkish Statistical Institute (TurkStat) on Friday. This is a 17% increase compared to the sector's revenue of $29.5 billion in 2018, the statistical authority said.

The average expenditure per capita stood at $666 in 2019, up from $647 the previous year. Data showed that visitors spent the most on food and beverages (nearly $1.1 billion), followed by accommodation ($1 billion) last year.

"In this year, while foreign visitors came to Turkey mostly for 'travel, entertainment, sportive and cultural activities' with 73.6%, Turkish citizens resident abroad visited mostly for 'visiting relatives and friends' with 61.7%," the TurkStat statement said.

Turkey welcomed 51.9 million visitors last year, a rise of 13.7% from the previous year, made up of 86.2% foreigners and 13.8% Turkish citizens residing abroad, TurkStat said.

Separately, the Culture and Tourism Ministry announced that the number of foreigners visiting Turkey surged 14.1% on an annual basis, surpassing 45 million last year. In 2018, 39.5 million international visitors came to Turkey.

Istanbul, Turkey's world-famous touristic city, was the top destination with nearly 15 million tourists, accounting for 33% of all foreign visitors in 2019. The Mediterranean resort city of Antalya followed with 14.65 million foreign visitors last year. The third top arriving destination was the northwestern province of Edirne, which borders both Bulgaria and Greece, welcoming 4.3 million foreigners.

Hotel occupancy rate up in 2019

The hotel occupancy rate across Turkey reached 67.6% in 2019, up 2.4% from the previous year, a hotel association said.

In Europe on average, the hotel occupancy rate was 72.2% and RevPAR was 113.3 euros last year, the report said.

Meanwhile, the occupancy rate was 74% in Turkey's world-famous touristic city of Istanbul and 65.7% in the Mediterranean resort city of Antalya.