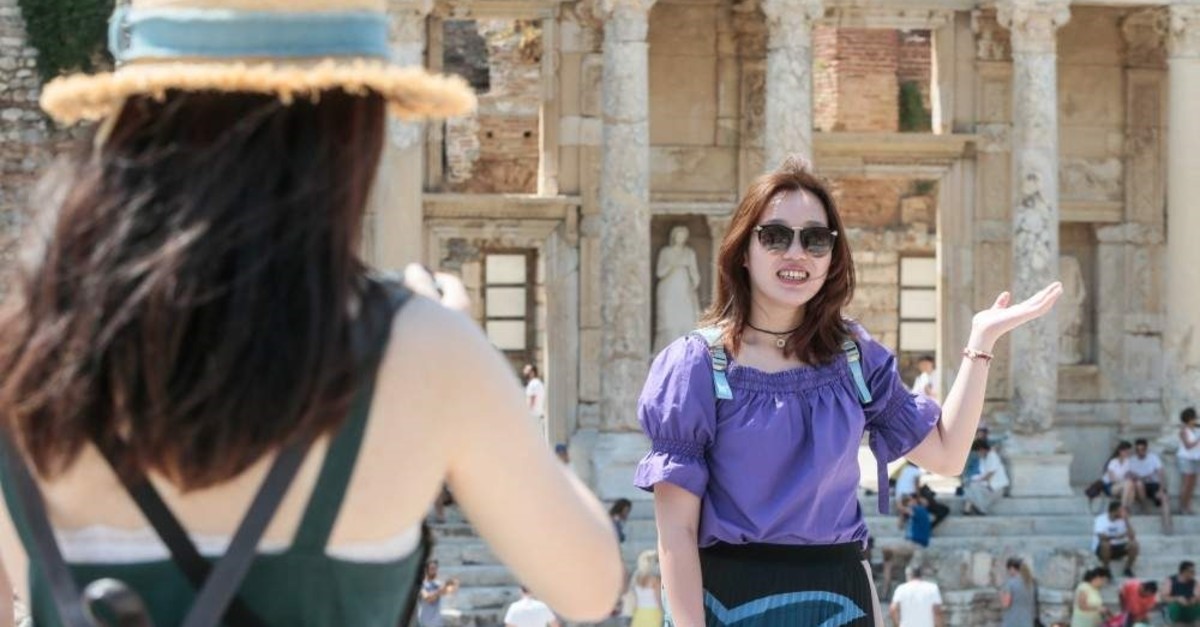 Turkey's tourism sector experienced a boom in 2019 with a 17% surge in revenues and a 14.1% rise in the number of visitors. It is now catching up with Spain's figures, the country's main competitor in the sector.

Both the number of overnight stays by international tourists and the tourism sector's share in Turkey's income per capita increased in 2019, according to a survey by the Mediterranean Touristic Operators Association (AKTOB).

Starting in the beginning of 2018, Turkey's tourism sector started flourishing again, which was reflected in the figures recorded during the first 10 months of 2019. During this period, a total of 123.7 million overnight stays were reported in Turkey, while overnight stays in Spain stood at 137.3 million.

Tourism revenues hit $34.5 billion last year, a record high, according to a report issued by the Turkish Statistical Institute (TurkStat) on Friday.

The average expenditure per capita stood at $666 in 2019, up from $647 the previous year. The overall tourism capacity, both international and domestic, has increased the sector's share in economic growth from 3.6% in 2016 to 5.3% in 2019, according to AKTOB data.