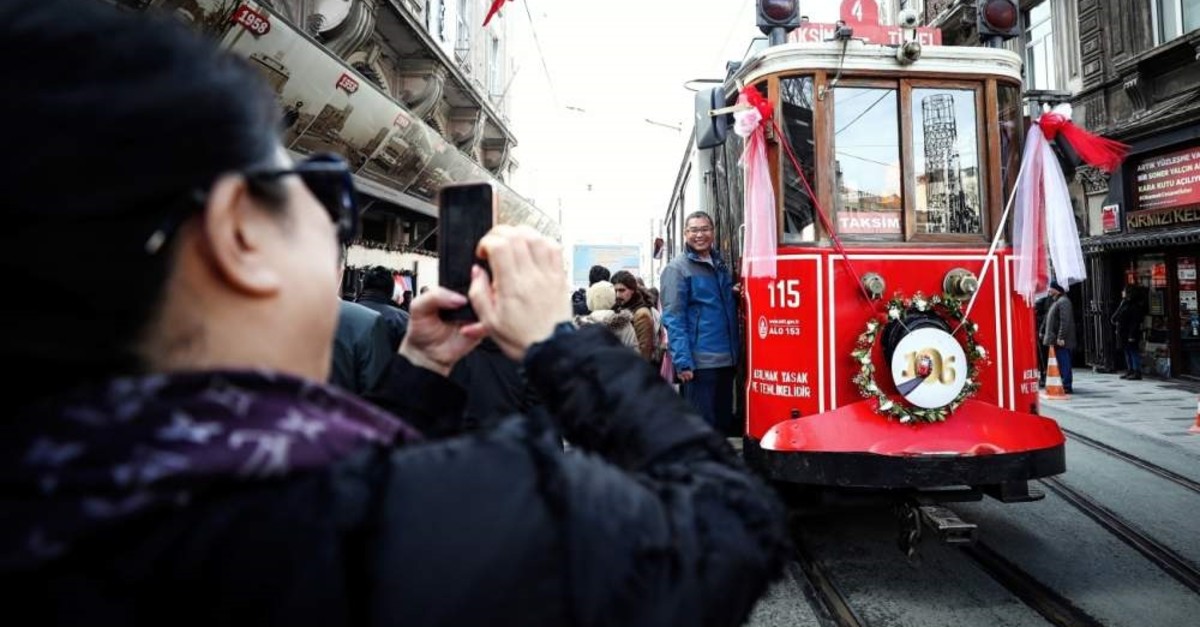 With a growing number of tourists, booming tourism industry and government efforts aimed to further increase income from tourism activities, the country expects to generate $40 billion from the sector in 2020

A rising tide of early-bird bookings over the last three months put Turkey on track for a new high of $40 billion in tourism revenues this year, an industry group leader said Wednesday.

Buoyed by work to boost the amount spent per visitor rather than simply attracting more people, tourism revenues are expected to soar 15% in 2020, Sururi Çorabatir, head of the Turkish Hoteliers Federation (TÜROFED), said Wednesday.

The industry enjoyed a buoyant year in 2019 with more visitors and soaring revenues. Tourism revenues hit $34.52 billion, a record high, according to the Turkish Statistical Institute (TurkStat), a 17% year-on-year increase from $29.5 billion in 2018. The average expenditure per capita stood at $666, up from $647 the previous year.

Nearly 52 million visitors arrived in the country last year, a rise of 13.7% from the previous year, made up of 86.2% foreigners and 13.8% Turkish citizens residing abroad, according to TurkStat. The country is planning to welcome 58 million tourists throughout this year.

"We closed out last year with tourism income of $660 per person, and this year I expect $700," Çorabatir told Anadolu Agency (AA). "This will push tourism income up to $5 billion."

Tourism has become a significant sector globally and in light of this, Turkey is supporting it, he added.

Turkey hosted 36.8 million foreign tourists in 2014 and 36.3 million in 2015. The figure fell sharply to 25.3 million in 2016, a year when the country was subjected to a series of terrorist attacks and a failed coup attempt but rose again to 32.4 million in 2017, according to a national statistical body.

Çorabatır said 2017 was a turning point in the eyes of the industry, starting from which tourist numbers and revenue gained significant impetus.

Both the tourism sector and government are weighing in on efforts to further increase the tourism revenue, Çorabatır added.

Not tourist numbers but revenue-oriented studies are being run, he said.

"As long as we do not encounter any negative surprises, we plan to make a significant contribution to the country's economy with an increase of approximately 15% in revenue in 2020," Çorabatır noted.

Turkey was named the sixth-most visited country in the world, according to recently revealed figures by the United Nations World Tourism Organization (UNWTO). With nearly 52 million visitors and an almost 14% increase year-on-year, Turkey ranked 14th among countries with the highest year-on-year growth, according to UNWTO.