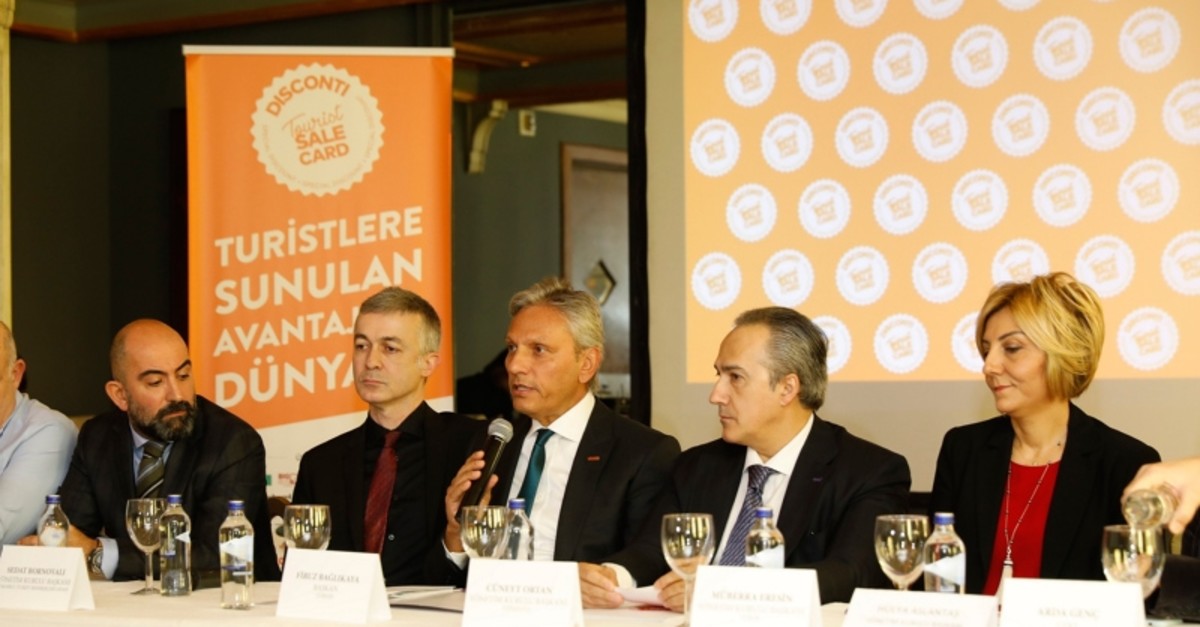 A new privilege card designed to make shopping and other services easier for tourists was introduced in Turkey Tuesday as tourism organizations and agencies seek new ways to increase tourist spending.

The "Disconti Tourist Sale Card," accessible through its own app, offers exclusive discounts for tourists and could also be used as a debit card at international and local stores, restaurants, hotels and other services.

Speaking at the launch event, TÜRSAB Chairman Firuz Bağlıkaya said their goal is to increase the average expenditure per capita outside accommodation by making shopping and dining easier for tourists.

He emphasized that Turkey needs to increase average international tourist expenditures per capita by $100-150 in order to catch up with other Mediterranean countries.

According to the country's statistical authority TurkStat, the average tourist expenditure per capita stood at $666 in 2019, up from $647 the previous year, while total tourism revenues hit $34.5 billion, a 17% increase compared with the sector's revenue of $29.5 billion in 2018.

The country managed to welcome over 52 million visitors last year, a 14% increase year-on-year. It was the sixth most-visited country in the world, according to figures recently released by the United Nations World Tourism Organization (UNWTO).

The Istanbul Chamber of Guides (İRO) Chairman of the Board Sedat Bornovalı said Disconti provides security assurance to its users as much as it offers special discounts. "We will underline that tourists can shop with this card securely and at discounted prices."

Also speaking at the event, Dijimedya CEO Cüneyt Ortan said discounts offered to tourists by the card will be tailored specifically for each individual as the application's software will be able to record a user's shopping preferences.

He said they expect Disconti to contribute $50 million to tourism revenues within the first three years.

The card also offers features such as free Wi-Fi, a prepaid public transportation card for a limited time, discounts for airport transfers, as well as car-rental advantages.