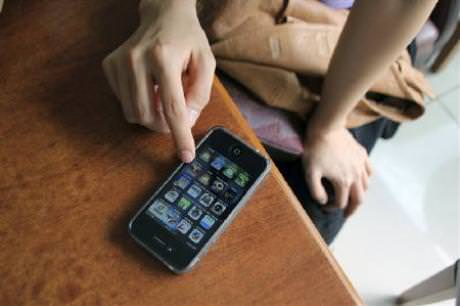 Backpackers are traveling the world with high-tech toys and are often searching as much for free Wi-Fi as for historical sites. And they are in touch with family and friends thanks to Facebook, Twitter, Skype and instant messaging.

"It's for family and friends who first of all want to know that I'm safe, or know what I'm doing, where I'm going and what I'm seeing," said Dave Arnold, who set off for a year after taking a buyout from a Canadian telecoms company.

"In the past, you'd get a postcard or a letter in the mail every month if you were traveling around the world for a year. It definitely gives family peace of mind," the 35-year-old from Toronto added.

Arnold, who is carrying about $9,000 worth of technology, including a netbook, an unlocked Android mobile phone, an iPod touch, two USB drives and a SLR camera with three lenses, said the gear helps him update his blog, Twitter and Facebook, and to call home and book hostels using apps on his iPod.

Since he began traveling in July, he's used free Wi-Fi in hostels, on buses and in McDonald's and Starbucks. In Amman, Jordan, four of five travelers in his hostel lounge were on their own personal netbooks.

"Within the last three years, the landscape of backpacking has changed dramatically just from the evolution of technology," said Arnold, whose iPod contains 100 downloaded guide books, 10 books and his entire music collection.

"There are Lonely Planet guides that you can download and pay for as opposed to lugging around a book for every country that you've been to. As I travel, I can download them as I go," said Arnold, who has 20 DVD movies for buses and flights.

Many backpackers are not leaving home without gadgets to book accommodation, do banking and to meet up with other travelers they've met in different cities and countries.

"Pretty much every hostel has free Wi-Fi," said Zac Grimes, 21, of Melbourne, Australia. "There's only one computer per hostel because most people have smart phones or laptops."

For Michael Slaven, a 27-year-old Australian engineer working in London, traveling with gadgets is convenient, efficient and stress-free, and it doesn't remind him of work.

"I prefer using my computer. It's set up the way I like it," said Slaven. "I don't have to deal with international keyboards and I don't have to queue for hostel computers."

On his iPod touch he can download e-mails containing directions for accommodation.

"I've never had trouble finding Wi-Fi or power," Slaven said, adding he's not worried about losing the valuables because he is extremely careful.

For many travelers, apps have replaced guidebooks.

Sul-hee Kim, a 25-year-old chemical engineer from Seoul, bought an iPhone 4G just before her trip to Turkey. She used GoogleMaps and apps to find free Wi-Fi, book hostels, check the weather in Istanbul and video chat back home.

"I can contact my boyfriend for free. I can send my travel pictures and my feelings. All is free," she said.

Her friend Sumin Kim, a 29-year-old illustrator from Ilsan, South Korea, teases her for being too plugged in.

Sumin Kim said she doesn't like technology imposing on her traveling experience.

"I want to forget my work and my people in Korea."

Bringing a computer on a six-month break away from his work as an engineer was the last thing on Jason Helgren's mind.

"Then I realized I was going to have to occasionally do banking while I was away and I wasn't comfortable using a public computer for that," said Helgren, 31, of St. Paul, Minnesota, who is traveling with his wife.

With his own laptop he saves money and time.

"We have a blog, a lot of the work to maintain that blog can be accomplished offline," Helgren said. "Organizing pictures would be almost impossible, especially when you literally take thousands of pictures a month."