Solve All Your Travel Problems By Suing Someone 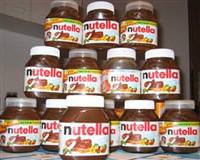 Tying the knot is kinda a big deal. It’s supposed to be the happiest moment of your life. For some people, the big event is planned for months, even years…all for just one day. So what happens when the day comes and everything turns into a huge disaster?

Well, you sue the hell out of someone.

A couple from the United Kingdom are suing a popular holiday booking organization named First Choice because their hotel in Turkey destroyed their wedding. Apparently conditions were so unsanitary at Holiday Village Turkey, 26 out of 27 guests became violently ill and the whole day was ruined. During that time, 440 guests at the hotel were affected with salmonella. Now more than 300 people are suing First Choice.

Okay, so that's a pretty legitimate reason to sue someone. A mom in California, however, is suing Nutella for not being nutritious enough.

The California mother was "shocked to learn that Nutella was in fact, not 'healthy, nutritious' food, but instead was the next best thing to a candy bar, and that Nutella contains dangerous level of saturated fat." Each serving contains 200 calories, but the suit argues that half of those calories come from the saturated fats which cause heart disease.

Way to take the fun out of a delicious food. Nutella, however, is sticking to their quality of ingredients and the advertising of their products.

Next up, lonely single people sue the makers of Valentine's Day cards for making their lives feel miserable this upcoming week.