THY to start flights to Arbil 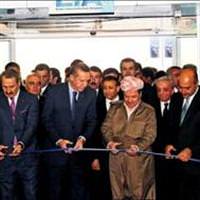 Prime Minister Erdoğan announced during the opening of the Arbil International Airport that Turkish Airlines will soon start flights to Arbil.

Prime Minister Erdoğan states, "As you know, up until now, only private airlines offered flights from Turkey to Arbil. We have made the decision that Turkish Airlines should also offer flights to Arbil. Hopefully, as of April 14th, direct flights to Arbil will begin with Turkish Airlines."
One of the region's most significant investments, the Arbil International Airport, has a terminal building with a 2.750 million passenger capacity. At 4.5 kilometers' length, the runway is the seventh largest in the world. Meanwhile, the airport also contains an area to accommodate 30 planes to park at any given time.