Rooms are higher priced in Istanbul than in Europe 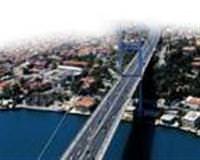 According to the European Hotel Prince Index, Istanbul has become one of the fastest increasing cities. While prices for a hotel room in Europe are 120 Euros on average, in Turkey as of April, average prices were at 144 Euros.

Turkey has secured their own share in progress when it comes to hotel room prices throughout Europe for the month of April. The Hotel Price Index, which researches hotel room prices in Europe, shows that Istanbul, with a 29 percent increase is amongst one of the fastest accommodation price increasing cities. While rooms throughout Europe in general are at 120 Euros, in Istanbul average prices for April were at 144 Euros, leaving European averages in their wake. On a monthly basis, prices in Istanbul increased by 29 percent while in Prague, which took the top spot in the index, prices increased by 46 percent. When compared to figures from April, 2010, hotel prices in Istanbul increased by 14 percent. With this price increase, Istanbul has secured a spot amongst Europe's top ten most expensive cities. Tour operators states that in addition to being a very attractive location in terms of tourism, the number of events that are ongoing were also influential in the increase in prices.
ISTANBUL's APPEAL HAS INCREASED
According to the Touristic Hoteliers and Operators Union (TÜROB) Executive Board Member Faruk Boyacı, there has been an increase in demand on a room basis since last year. "The affects of the promotion of Turkey as a Capital of Culture was reflected this year. In addition, the increase of flights offered by Turkish Airlines has also been influential."
Çırağan Kempinski Palace Sales and Marketing Director Can Göktaş states that Istanbul, "with its historical elements and shopping alternatives is now competitor for European cities."
Easter was a factor in April's increase…
TÜROB Executive Board Member Taner Yallagöz states that Easter vacation was a positive factor in filling hotels, however this rate of occupancy will continue. Dedeman Hotels Sales Marketing Director Bülent Kayapehlivan states, "Demand is high and this affects prices. Furthermore, there is also the factor of hotel investments in Istanbul and increasing company meetings. We must also not forget the international growth of Turkish Airlines and private airline operators. Istanbul is on a roll."