Egypt's revolution may save Neolithic treasure 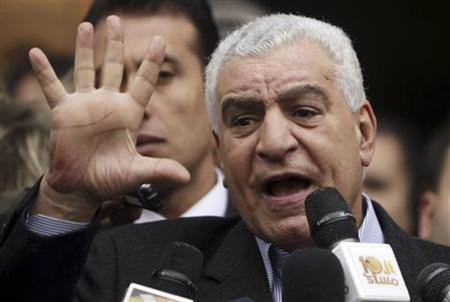 Egypt's popular uprising may have arrived just in time to save a Neolithic site that holds the country's oldest evidence of agriculture and could yield vital clues to the rise of Pharaonic civilization.

The site lies in a protected nature reserve along the shore north of Lake Qarun that until recently had remained virtually untouched, even though it lies only 70 km (43.50 miles) from Cairo, Egypt's fast-expanding capital.

A month before the protests that toppled President Hosni Mubarak erupted in January, the Egyptian government carved 2.8 square kilometers of prime land from the reserve and awarded it to property developer Amer Group for a tourist resort.

Since Mubarak was ousted, three government ministers who sat on a committee that approved the sale have been jailed while they battle corruption charges not related to the Amer deal.

One of them, Housing Minister Ahmed el-Maghrabi, told Reuters in January that archaeology officials had given the re-development the necessary green light.

"I did not give any permission to anyone. The excavations are not finished," Zahi Hawass, head of the Supreme Council for Antiquities, told Reuters.

Property developers have come under increasing public scrutiny for their land purchases from Mubarak's government, and some firms have relinquished tracts of land.

Egyptian conservation groups have decried the Amer deal, saying it was done without proper oversight and that the arrival of large numbers of holidaymakers would wreak heavy damage to a wide swathe of the delicate desert landscape.

"This is the thin end of the wedge. It is the destruction of Egyptian natural heritage for future generations." said Ali Fahmi, director of the conservation group Friends of Lake Qarun. "It sets a precedent in desecrating a protected area."

Egypt's cabinet in 1989 declared 1,110 square km north of the lake a nature protectorate, an area that also contains unique geology, Pharaonic basalt quarries from the Old Kingdom and fossils of early whales and primates.

Archaeologists say the remains of rain-based Neolithic farming in the reserve may hold vital clues to a technological leap that led to irrigation-based farming along the Nile.

Around 4,000 BC, humans occupying a strip along the northern shore of the lake seized a window of only a few centuries of rainfall to grow grain in previously inhospitable desert, archaeologists say.

"We have the evidence of the earliest agriculture activity in Egypt. So it's before the Pharaohs, it's before the early dynastic period when Egypt becomes a state," said Willeke Wendrich, an archaeology professor at the University of California in Los Angeles.

"What we have on the north shore of Fayoum is something unique worldwide. What we have is a Neolithic landscape which, because it's desert, has not been overbuilt," she said in an interview.

In December, the Tourism Development Authority (TDA), which is under the Tourism Ministry, awarded Amer Group the land under a 99-year concession, charging $28,000 in the first year, rising to an annual $92,000 in the fourth to 10th years.

Maghrabi said in early January that the SCA had brought in archaeologists to survey the area before the project went ahead.

But Hawass of the antiquities council said the work was still ongoing and he was now demanding a fresh assessment.

"Two weeks ago I asked Khaled Saad to come to me with a report to tell me as an archaeologist what he thinks. And now I asked him that we will appoint a large committee of archaeologists to decide the future of the land," Hawass said.

Saad said the survey mentioned by Maghrabi took place between March 2009 and October 2010 and was designed to see if there were antiquities on the site.

"I proved that there were," he said.

The site holds a wealth of prehistoric remains from mid-Mesolithic period 200,000 years ago to the Pharaonic period and later, said Saad.

They also found the remains of 24 ancient whales that swam in the region's waters 42 million years ago, including one belonging to an entirely new species.

Weindrich said further research in the area is crucial to cast light on the origins of Egyptian civilization.

She said agriculture probably arrived late in Egypt because the technology in use elsewhere in the Near East did not fit with the climate, at least until the short period of rainfall in the Neolithic period.

"We have a big research project going on looking at the climate change in that period," she said.

The Neolithic farming community that appeared around six millennia ago had little material to build with and left no sign of permanent buildings or structures, she said.

"They probably lived in some sort of reed matting huts. But what we do see is a whole pattern on the surface of fireplaces for different purposes -- to make pottery, for the fish, to roast their meat. From that pattern we're trying to understand their activities," Wendrich said.

As the moisture disappeared, the desert winds blew away most of the topsoil. Stone tools, pottery and bones once held in soil a meter deep were now concentrated in a thin surface layer.

"There's a howling wind coming from the north, which means the sand blows away, but the heavy things don't," Wendrich said.

"It's great because we can see it, but it's not so great because if you remove the top centimeter, it's gone forever. That's the precarious situation we're dealing with at the moment."

Shortly after the Neolithic period, irrigation began spreading along the Nile Valley.

"By that time, people were looking at different ways for continuing what they by then they were used to doing for a number of centuries," said Wendrich.