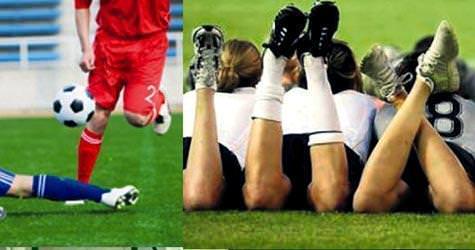 Our southern coasts, which have been accustomed to welcoming football teams from Germany and Holland has of late turned into a sort of United Nations. When a significant number of teams from countries such as Poland to South Korea and from China to Azerbaijan choose Turkey as their training camp destinations, tourism revenue jumped up to 250 million dollars.

Turkey has fast become a training camp center for football teams from a number of countries throughout the globe. As a result, the nation's revenue from sports tourism has reached a peak, toppling 250 million dollars. For many years now teams from Germany, Holland and Spain have selected Turkey as a training camp base, however now in addition to become a favorite spot for teams from a larger variety of countries, Turkey is now also in demand by national teams. National teams including Syria and Iran as well as a number of teams in leagues in other Turkic Republics are selecting Turkey as their address for training camps.

Turkey's Travel Agencies Union Chairman Başaran Ulusoy states, "Everyone's holding their camp here in Turkey. We are talking about 200-250 million dollars in revenue. They used to frequent Antalya more often, however now they are holding their camps in Marmaris. Therefore Marmaris also needs to develop for this reason. In comparison to last year, there has been a 35 to 40 percent increase. As Turkey increasingly accommodates international organizations the number of teams that come to Turkey also rises."
For a number of teams, the most address when it comes to training camps has been well-established as being Antalya. In addition to teams of the likes of Ajax, the high demand of football tourism which has even spread to the winter months has worked to fill hotel rooms, which has resulted in an increase in the development of football fields in Antalya. In the city alone there are 133 stadiums including 50 soccer stadiums in Belek and 44 in Alanya. Antalya was the preferred spot for season break camps by a number of teams in European countries, as well as in countries from the Commonwealth of Independent States such as Russia and Ukraine and including East European countries Poland and Hungary. In addition a number of teams from a variety of leagues in countries such as South Korea, China and Azerbaijan also selected Antalya as the destination to hold their training camps.
Football clubs generally determine the destination they will hold their training camps according to the locations where tournaments are being held. The second most important determinant for selecting the training camp location is the quality of football fields. Tourism operators are working hard to draw in teams by advertising their respective cities.
Azerbaijan's Inter is one of the teams that chooses Turkey as a spot to train. They will be playing a number of games against local teams. Azeri Inter, which sets up camp in Isparta is an example of one of the teams to select Turkish locations beyond Antalya. Another example of such is the Syrian National Team, which selected Iskenderun as their camp destination.