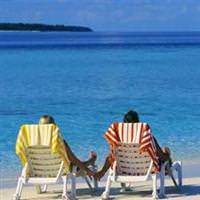 UK holidays firm Holidays4u, which specialises in budget holidays and flights to Turkey, has gone into administration during the peak summer holiday season, leaving around 12,000 passengers to be repatriated by the UK airline authority.

The websites of Holidays4u and related Augeanflights on Wednesday said only that joint administrators had been appointed and that more information would follow.

PriceWaterhouseCoopers, the administrators, said: "The company has suffered because of the difficulties faced by the travel industry during 2010 and 2011 as a result of the economic downturn. The director has determined that the business is no longer able to trade and placed the company into administration."

Holiday sales in the UK have been hit hard by squeezed incomes at a time of relative austerity, and exacerbated by recent political unrest in the Middle East and North Africa.

Earlier on Tuesday package tour operator Thomas Cook said its chief executive was stepping down after the company had issued a spate of profit warnings .

Brighton-based Holidays4u had a turnover of around 35 million pounds and 18 employees, PwC said.