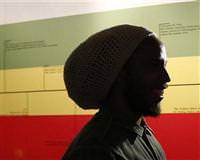 Europe's largest reggae festival Rototom Sunsplash opens its gates on Thursday in the Spanish resort of Benicassim, where over 200,000 fans are expected over 10 days of Jamaican-inspired music headlined by leading members of the Bob Marley dynasty.

This year's 18th Sunsplash pays homage to the legendary reggae musician on the 30th anniversary of his death with concerts by his wife Rita, backing singer in Bob Marley & The Wailers, and the most famous of his children including Ziggy and Stephen.

Stephen Marley will open the festival on the main stage, where Ska pioneers Toots and the Maytals and Jamaican dancehall star Mr. Vegas are also expected to play on the first night.

Over 300 bands and DJs playing reggae genres from roots to rocksteady and ragga to dub will be performing on six stages during a festival which mixes reggae music with social forums as well as African and Caribbean arts and culture.

"We've got people participating from over 100 different countries, this makes us a truly global festival with a global philosopy of tolerance behind it," festival director Filippo Giunta told Reuters.

"This year we can do it knowing that the local community approves and knowing that the public are going to come. We had 160,000 last year, we are expecting over 200,000 this year," Giunta said.

Rototom Sunplash decided to move to Spain from northern Italy in 2010, after what Giunta said was a clash between the festival's ideals and the ideas of some politicians in the country.

"They accused us of promoting the use of marijuana just because of the relationship of reggae and the Rastafarian religion, which considers it to be a holy plant," Giunta said.

Rototom is a non-profit collective which donates the income from Sunsplash to charities in Africa, Asia and Latin America, attracting speakers and activists from non-government organisations as well as reggae acts from the famous to the obscure.

"We've been to great reggae festivals in France but this has the biggest line-up," said 28-year-old Mariajo, from Madrid.

"I'm going for classics like Toots and the Maytals and (reggae poet) Linton Kwesi Johnson, but I don't think we'll stay for the full 10 days. That's a lot of reggae!"