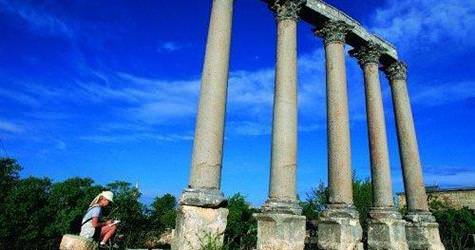 Mersin Governor Hasan Basri Güzeloğlu has delivered the good news of plans to open an archeology museum in the city.

One of Mersin's most well-known artists, painter Lina Nasif's work depicting Mersin's historical homes on canvas has opened in the city.
The opening for the 'Mersin Homes' exhibit, which is now on display at the Altamira Art Gallery, was attended by Mersin Governor Güzeloğlu and his wife Ayşe Güzeloğlu. After listening to a piano concert performed by artists from the Mersin State Opera and Ballet, Governor Güzeloğlu expressed how important it was in their high tempo work for Mersin to set aside time to experience and appreciate the arts.