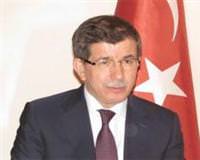 The Turkish government on Wednesday warned citizens returning from the Hajj pilgrimage in Saudi Arabia not to travel overland through Syria following an attack on a bus carrying returning Turkish pilgrims earlier this week.

Tensions between Turkey and Syria -- neighbours and erstwhile allies -- have soared over Ankara's mounting criticism of Syrian President Bashar al-Assad's violent crackdown on popular unrest now in its ninth month.

"At present Syria is experiencing difficulties in maintaining public order which is negatively affecting safety on the roads. Therefore, for security reasons it is essential that our citizens returning from the Hajj should travel by air," the Turkish foreign ministry said in a statement.

"However, in cases where travel by road is unavoidable, journeys through Syria should be done during daylight hours."

Wednesday's statement followed an earlier ministry warning from November 13 against all non-essential travel to Syria. That warning was issued after Turkish diplomatic missions were attacked by crowds in Syria.

The ministry also advised citizens to refrain from taking photographs while in Syria and to keep any cameras or mobile telephones inside their bags. It said some people who had taken photographs in Syria had faced "problems."

In the early hours of Monday, gunmen, possibly Syrian soldiers, attacked a convoy of Turkish buses carrying pilgrims returning to Turkey from Saudi Arabia. Two people were wounded in the attack which the Syrian government has yet to comment on.

Prime Minister Tayyip Erdogan has condemned both attacks and has called on Assad to find and punish the perpetrators. Turkey evacuated diplomats' families after the attacks on its missions.

Turkey has stepped up its criticism of Syria in recent months and leaders have taken aim at Assad almost every day since the assaults on Turkish diplomatic missions this month.

In his most direct message to the isolated Syrian leader, Erdogan called on Tuesday for Assad to step down and said Turkey could not turn its back on the Syrian people. But he said this was not an invitation for foreign military intervention.

Under Erdogan's government Turkey had fostered good ties with Syria, with which it shares a 910 km (570 mile) border. The split came when Assad repeatedly ignored calls from Turkey and the West to end his repression of anti-government protests.