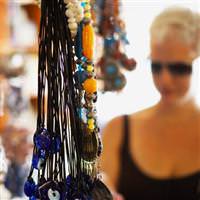 According to a survey conducted by one of Europe’s leading travel search companies, people in Turkey are more polite than those in a significant number of European nations.

Europe's number one airline flight search engine Skyscanner asked holiday-goers to rate the politeness of citizens in a variety of nations. The results were extremely surprising: According to the survey participants, Turks are more polite than Brits and Brits are more polite than the French.

The survey, which was held on the website for the search engine, who works with 1,000 airlines to offer millions of flight alternatives, asked participants to rate the level of 'politeness' of citizens from different nations. According to the results, France, a nation frequently and enthusiastically visited by many, was found to have the most impolite people. It appears the reluctance of French citizens to speak any other language than their native French lies behind the reasoning for the survey's results.

Turks on the other hand, were considered to be one of the nationalities considered much more polite than others according to travel-lovers. While 19.2 percent of the survey participants consider the French to be impolite, 2.1 percent expressed the sentiment that Turks are not polite.

According to Skyscanner's Turkey Marketing Manager Murat Özkök, who explains that tourists love Turkey's hospitality and warm reception, "The Turkish public is known for being helpful. Turkey's hospitality, which is considered to be a part of Turkish culture, leaves quite a positive impression on the foreigners that visit the country. This is definitely a factor that affected the survey results."

In the survey which asks Skyscanner users which countries are most polite or impolite, France came in first for the latter. The French were followed by Russians, Brits and Germans respectively. According to experts, the Brits' distant approach and the Russians' language and voice tone were the reasons behind these nationalities being considered rude.