'Turkey is a winner in tourism' 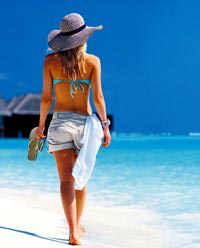 Hari Nair, Marketing Administration Vice-Chairman for Expedia, the world’s largest hotel reservation website which works with 150,000 hotels, states that by investing in Turkey, they have bet on ‘the winning horse’.

The world's largest online reservation system Expedia. Com's Marketing Administration Vice-Chairman Hari Nair referred to their investments in Turkey, in light of global economic developments, by stating, "In my opinion, we literally played on the winning horse. We have opened an office in Istanbul and in recent years, our team has grown fast. In a sense, we are just starting out in Turkey. The political upheaval in the Middle East and the economic crisis in Europe will make Turkey this year's winning horse."


Mentioning that they work with 150,000 hotels, Nair states that in terms of pricing, Turkey is still an affordable option. "Turkey is increasingly gaining popularity when it comes to international trips. Due to the fluctuating purchasing power of the dollar and euro, it is just a matter of time when Turkey will become an instantly desirable destination," states Nair.

Nair also mentioned that due to the political developments in Arab nations last year and the resulting 'Arab Spring', interest in Turkey is on the rise, and stated, "As a result, a significant amount of business has come to Turkey, which in turn has resulted in the increase in hotel prices."

Explaining that over the past three years, they have acquired growth in the three digits, Nair states, "If we were to compare our activities in 2008, with those of today, our business has tripled. The countries where the most significant increase in reservations has transpired are Germany, the United States, Italy, France and Russia. From a spending perspective, there are serious numbers from the Middle East and especially Saudi Arabia and Lebanon that spend significantly."

Mentioning that he does not expect hotel prices to increase this year, Nair explains that the fact that the Euro Zone is in crisis has resulted in a drop in business trips, however due to a significant amount of business veering towards Turkey, the nation offers a number of important advantages. Nair also expressed how pleased they were with the significant use of credit cards in Turkey and referred to Turkey's young population's regular use of the internet reservation system, by stating, "This is an unbelievable opportunity for us. We are therefore extremely optimistic when it comes to tours and tourism in Turkey."

'I WANTED TO BUY A HOUSE IN CAPPADOCIA'

Nair recalled that just a few months ago he spent a weekend in Cappadocia and loved it and even considered buying a house there. "Turkey is experiencing a serious increase in international visitors, because the country has so much to offer," states Nair.

The Far East based Aman Hotels, which recently transformed a holiday village in Bodrum designed by the Ağa Han award-winning Turkish architect Turgut Cansever, is seeing record demand. The Hotel, the architecture of which was done by Cansever's daughter Emine Öğün and son-in-law Mehmet Öğün and was invested in by the owner of Fibula Jewellery Öztürk Şerefoğlu, offers rooms starting at 800 euros. Despite the steep prices however, the hotel is seeing high international demand. The Aman Group, which owns hotels in a number of exotic islands all over the world, including Phuket, Thailand, has a regular clientele which are filling the hotel in Bodrum. In addition, by the end of the year, the hotel will also be opening the most luxurious spa in Turkey.