EU takes a step towards ‘visa exemption’ for Turks 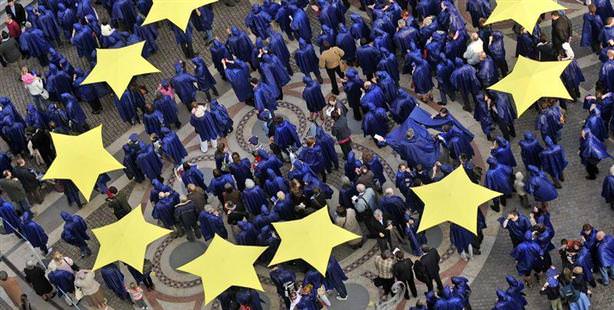 EU Minister Egemen Bağış recently announced that European Commission officials have committed to presenting a roadmap towards exempting visa regulations for Turkish nationals to Ankara within the week.

Bağış responded to questions from the press following a meeting with European Commissioner for Home Affairs Cecilia Malmström travelling to EU nations.

Bagis explained that Malmström has promised they will be presenting Turkey with a roadmap geared towards visa exemption within the next few weeks, which Ankara intends to evaluate immediately in order to move on to the negotiation stage with the EU Commission.

Bağış also reminded that the vow received from Malmström was that the roadmap to be presented to Turkey for the exemption of visa regulations would be far from 'political maneuvers' and will consist of objective criteria.

Egemen Bağış went on to state, "Our most basic and main objective is to ensure that our 75 million citizens are able to travel to EU and Schengen member nations with their Turkish passports and without having to obtain a visa. This is our most basic right and expectation."

Füle sends Turkey a thank you note for reforms

Bağış also recently announced that EU Enlargement Commissioner Stefan Füle sent a thank you note to Turkey for the significant steps taken towards fulfilling the closing criteria for four chapters opened in accession negotiations even during the term presidency of the South Cypriot Greek Administration's term presidency.