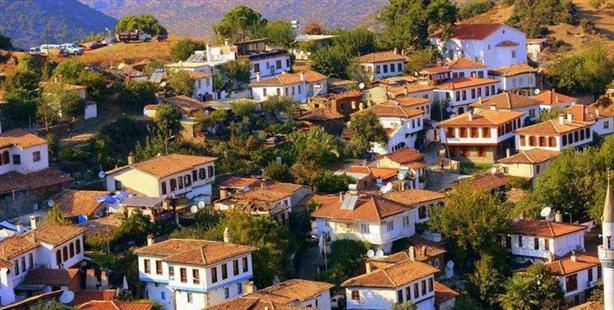 ‘Doomsday’ arrivals continue to flock to Şirince, a town in İzmir's Selçuk district located on a hill above the Aegean Sea. According to certain Doomsday predictions, Şirince is one of two locations to survive the December 21st end of the Mayan calendar. According to hearsay, amongst the thousands that are expected to take haven in the hillside town is also famous movie star Tom Cruise.

According to certain interpretations derived from the Mayan calendar, December 21st will be 'Judgment Day' all over the world, except for two locations, one of which is Şirince. This prediction has of course resulted in a continuous influx of people from all over the world to the town with a population of 700.

Şirince is located near the ancient city of Ephesus, which with a population of 250,000 in the 1st century BC made it one of the largest cities in the Mediterranean world. The Temple of Artemis, which was built in 550 BC, is one of the Seven Wonders of the Ancient World. Şirince is also considered to be where the Virgin Mary, the mother of Jesus, ascended to heaven after spending the last years of her life in her home there. In addition to The House of the Virgin Mary, there is also the Basilica of St. John in Şirince, where he also spent the latter years of his life.

With accommodation in Şirince having exceeded capacity, the crowds continue to flock to the hillside town and many are arriving by caravan. A majority of those seeking accommodation at this stage are actually not 'doomsday' believers, but are more interested in taking this opportunity to visit the historical town. Those who believe in the prophecies surrounding December 21st had booked their rooms way in advance and with their accommodation secured, they have yet to descend upon the town. One of those to have booked ahead is fashion designer Barbaros Şansal who will be in Şirince on December 21st joined by a professor who says that Tom Cruise will also be spending December 21st in Şirince. With the impending arrival of Tom Cruise, known for his strong connection with Scientology, Şirince has made worldwide news, garnering mentions in The New York Times, Bild and The Washington Post.

To See Photos of Şirince: