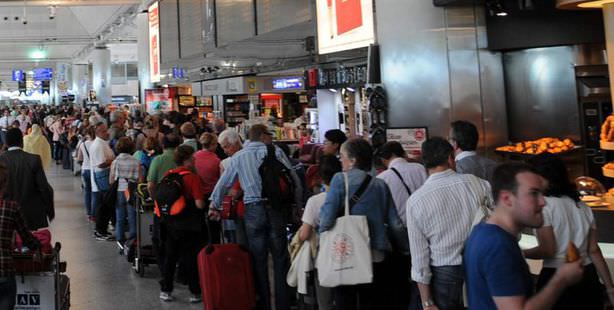 District Culture and Tourism Director Bilgili: "In May, Istanbul broke a historical record by hosting over one million foreign visitors in a single month.

In an announcement released by the District Culture and Tourism Department, Director Ahmet Emre Bilgili noted that although Istanbul experienced a record-breaking month in terms of hosting over a million foreign tourists, "The recent protests has now reached a point of harming Istanbul's image and functionality in tourism. It is now time for everyone to act with responsibility for their city. Taksim and Talimhane need to be saved from these images that do not concord with tourism," stated Bilgili.

In the first five months of the year, Istanbul experienced a 21 percent increase in number of visitors compared to last year with a total 3,983,674 tourists. The number of tourists to visit the city in May also rose by 22 percent this year reaching a figure of 1,058,771. Tourist figures for May broke a historical record for being the first time over one million tourists have visited Istanbul within one month.

The announcement, which also included the views of District Culture and Tourism Director Ahmet Emre Bilgili, writes, "In May of 2013, Istanbul broke a record for hosting over a million foreign visitors in one month. This increase and rate seen since the start of the year is heading in a direction that is sustainable for Istanbul. The recent protests have now reached a point of harming Istanbul's image and functionality in tourism. It is now time for everyone to act with responsibility for their city. Preserving our image and security, which is our main asset which we have worked to build up for years is one of the most important factors. Therefore, Istanbul's Taksim and Talimhane, which hosts a number of tourism and congress centers, need to be saved from these images that do not concord with tourism immediately."