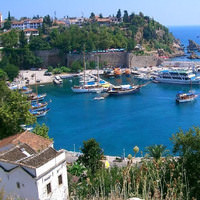 Among all European countries, it has become known that the people of Holland are the ones that go on the most vacations.

According to the statistics of the World Tourism Organization, Holland, with a population of 16 million 750 thousand has 82 % of its citizens take a holidays leave before the year's end. The first preferences of Dutch vacationers were France, Germany, Belgium, Spain and Austria. The second preferences for Dutch vacationers were Italy, Turkey, England, Greece and America.

According to the figures of the Ministry of Tourism and Culture, in 2012 1.280 million Dutch tourists came to Turkey, 64% of which chose Antalya as their vacationing location. Antalya was followed by Istanbul, Bodrum, Marmaris and Nevşehir. Out of the Dutch Tourists that come to Turkey, 73% come for the sun and beaches, while 27% come for eco, botanic, sports, cultural, or historical/archeological reasons. The average time spent in Antalya for Dutch tourists was 10 days, while 71% of the travel reservations were done by tour operators and travel agencies.

The assistant Culture and Tourism Minister Abdurrahman Arıcı stated that the Dutch tourism market was important to Turkey. After German, Russian, and British tourists, the Dutch are the 4th most frequent in the Antalya region.