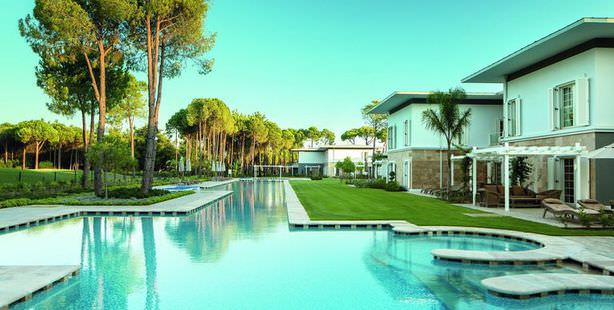 Turkey’s tourism in the first seven months of 2013 has blossomed which is befitting because last year, Turkey made the top ten list of countries that draw the most tourists in the world and finished off the year in 12th place for tourism revenue.

Turkey's tourism continues in stride as figures show for the first seven months of 2013. Last year, with 32 million visitors, Turkey was one of the top ten countries to draw the highest number of tourists all over the world. Turkey also finished out the year in 12th place for tourism revenue, which reached $23.4 million.

The interest in Turkey peaked in a number of nations that have experience recent economic growth has also been a contributing factor to these successful figures. According to data from international ticket purchasing websites, Turkey is selected highest in search engines by countries Argentina and Brazil.

ANTALYA ON AN INCLINE

According to Cornelia Diamond Golf Resort & Spa General Manager Zafer Alkaya, this year has been even more positive in terms of tourism than 2012. Alkaya says that Antalya plays a contributing factor to the rise in figures. The city, which hosted 5.8 million tourists in the first seven months of 2012, has roped in 6.3 million visitors this year, which is a ten percent rise. "1.8 million are from the Russian Federation. At 1.4 million visitors, Germany follows in second for having the highest number of tourists in Turkey. As Cornelia, we have hosted guests from 45 different countries all over the world," says Alkaya.