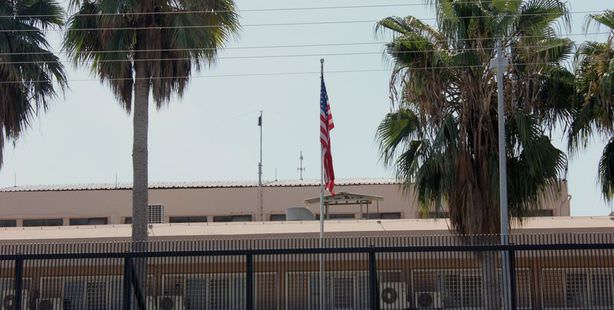 The United States tightened security at diplomatic missions in Lebanon and Turkey on Friday because of potential threats, ordering some personnel out of Lebanon and offering to evacuate those in Adana in southeastern Turkey.

The U.S. State Department warned American citizens against traveling in Lebanon and southeastern Turkey and urged Americans in the rest of Turkey "to be alert to the potential for violence." Officials did not offer specifics about the possible threats, which were revealed less than a week before the 12th anniversary of the Sept. 11 attacks amid an intensifying debate over President Barack Obama's plans to strike Syria.

"These are potential threats," State Department spokeswoman Marie Harf told reporters after the warnings were issued. "Obviously, the tension ... in the region, including in Syria, plays a role in this." Harf said she was not aware of any specific threats.

"Non-emergency personnel and family members" were ordered to leave Beirut and given permission to leave Adana, near Turkey's border with Syria, but the U.S. missions were not closed and still offered consular services, she said.

"Given the current tensions the region, as well as potential threats to U.S. government facilities and personnel, we are taking these steps out of an abundance of caution to protect our employees and their families, and local employees and visitors to our facilities," Harf said in an earlier statement.

In Turkey, U.S. officials offered voluntary evacuation to reduce its diplomatic presence at the consulate in Adana, "because of threats against U.S. government facilities and personnel."

Americans who remain in Lebanon or southeastern Turkey should make their own emergency plans, officials said.