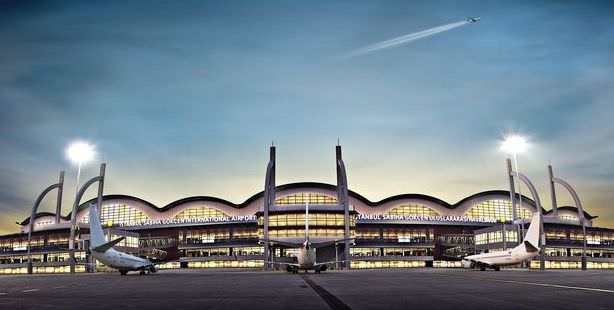 In August alone, a total 2,038,912 passengers arrived and departed from Istanbul's Sabiha Gökçen Airport. While the airport has hosted a total 11,957,704 passengers over the past eight months, the rate of growth compared to the same timeframe the year prior is at 20 percent. The rate of increase of passengers this July was 35 percent compared to last year.

Gökhan Buğday, the CEO for İSG which are the operators of Istanbul's Sabiha Gökçen Airport commented on the high August figures by stating, "With the new terminal we opened in 2009, the number of passengers increase daily. In the first eight months of the year, our passenger numbers increased by 20 percent compared to the year prior. The number of domestic passengers went up by 16 percent, while international passenger numbers increased by 29 percent. With its different, innovative and technological structure, Sabiha Gökçen International Airport aims to be amongst the fastest growing airports in Europe and the world in 2013 as was the case in 2009, 2010 and 2012. We thank our passengers who choose this airport," said Buğday.