A day of destiny for EXPO 2020 candidate city Izmir 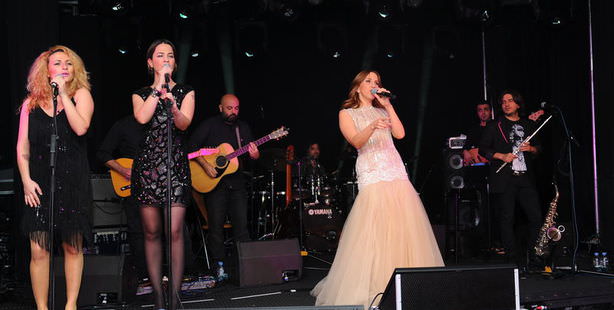 The host city of the World EXPO 2020 will be decided today in a vote in Paris, which will determine Izmir’s fate as the city aims to set out on a journey that will transform the popular western Anatolian metropolis into a world brand.

The fate of Izmir's bid to host the World EXPO 2020 as the city is fast becoming a worldwide brand, will be determined in a vote today by the 167 member-nation Bureau of International des Expositions (BIE) in Paris. Turkey's third most populous city Izmir competes against the UAE's Dubai, Russia's Yekaterinburg and the Brazilian city of Sao Paulo. Izmir's theme for the six-month event is "New Routes to a Better World / Health for All". During today's BIE General Assembly at the Organization for Economic Co-operation and Development (OECD) building in Paris, candidate cities will be making their final presentations with Izmir's climate, geographical positioning and rich heritage expected to be highlighted. Later there will be a potential three rounds of voting considering the low possibility that one city alone will garner two-thirds of the vote in the initial round. In each round, the city with the lowest number of votes will be eliminated with the candidate that receives the highest number of votes in the final round being named host of the World EXPO 2020. Izmir is banking on support from African nations in the initial round and then hopes to continue on through being the second favorite of the other eliminated countries. According to EXPO Executive Committee member Geza Dologh, although it is important that Izmir be countries' top choice to host the EXPO 2020, it is also vital to draw in second-choice votes.

A special reception was also hosted in honor of Izmir's candidacy to host EXPO 2020 that was held at the Pavillon d'Armenonville in Paris for the BIE delegation prior to Wednesday's vote. Hosted by Chairman of the EXPO 2020 Izmir Board and Governor of Izmir Mustafa Toprak and Izmir Mayor Aziz Kocaoğlu and attended by Minister of Transportation, Maritime Affairs and Communication Binali Yıldırım, Minister of Culture and Tourism Omer Çelik and BIE Secretary General Vicente Gonzalez Loscartales, the reception also included a very special performance by Eurovision winner vocalist Sertab Erener.

If Izmir is selected as the candidate city to host EXPO 2020, the city will undergo a complete makeover. According to the Ministry of Environment and Urban Planning development plans, when the EXPO 2020 fair comes to a close, the area will be used as an urban park; a recreational, coastal park and sports, games and entertainment center. Throughout the EXPO, efforts will be conducted to increase energy efficiency, to promote the more widespread use of bicycles and public transportation, to plant trees and other efforts such as recycling to bringing the carbon footprint down to a minimum.

The Ministry of Environment and City Planning has already began working on an urban transformation for the metropolis with ongoing planning and project designs for a 540 hectare-area, which includes the route to the Adnana Menderes Airport as well as high-risk Cennetçeşme, Salih Omurtak, Bahriye Üçok, Limontepe, Alifuat Erdem, Umut, Gazi, Özgür, Yüzbaşı Şerafettin and Devrim neighborhoods.