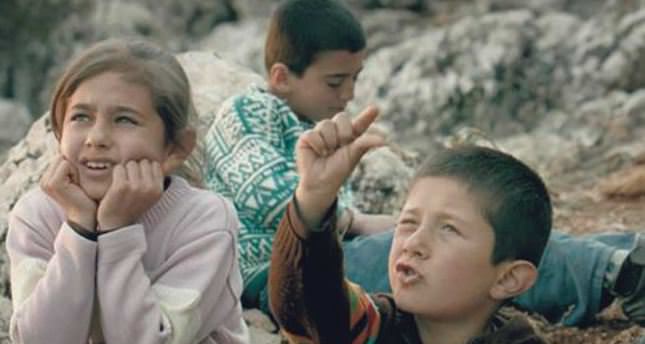 Four young stars of Turkish Airlines' new ad campaign have stolen the hearts of millions and are enjoying their fame. Their lives and dreams have been completely transformed, but they are not complaining about the attention

ISTNABUL — The ad campaign first aired for National Sovereignty and Children's Day celebrated in Turkey on April 23 immediately become a hit as it charmed a nation and even led to a tear or two. While Turkish Airlines' previous campaigns included prominent names such as Argentinian footballer Lionel Messi and U.S. basketball player Kobe Bryant, this time children were the stars. The shooting took place at İmecik, a village in Mediterranean Antalya, lasting three months and was shot by the talented advertising director and winner of the prestigious 25th Crystal Apple Awards in Turkey, Bahadır Karataş. The village children were photographed and four of them - three boys and a girl - were chosen to star in the campaign that is now one of the most watched videos online.

Kerim Ardıç, known as "Shorty" among his friends, is seen saluting an airplane. He told TV reporters and journalists who visited the village after the ad aired, he now wants to become a pilot when he grows up and added, "I have to attend my classes and do my homework first." He also noted his friends at school congratulated him on the ad and he is happy to be on TV.

His father, who makes a living out of stock breeding in the village, said Ardıç's classes are suffering as a result of the shoots, so they will ensure that he focuses more on school.

Similar to Ardıç, Oğuzhan Yavuz also said he now wants to become a pilot. "We went to Istanbul for the shooting and it was the first time I got on a plane. I loved it and I also got to talk to the pilots," said Oğuzhan.

Elvan Büyükkursak also noted that her dreams of becoming a teacher have been postponed. "First they came and photographed eight kids from the village and showed it to a lot of people. They then selected our photographs," she explained. "I really loved the ad. They also took us to Istanbul and we visited Sultanahmet and the Istanbul Aquarium. We also got to go to the movies. I would like to star in more films and ads before I become a teacher," said Büyükkursak. "I liked Istanbul but I think our village is prettier," she added.

The little star noted that they got very cold and tired during the shoots but being together with her friends made it fun. She, just like her friends-turned-screen-partners, also said that she was very happy with the attention she got. The ad was shot to announce the newly launched Turkish Airlines Iğdır flights and focuses on the high number of destinations to which THY flies.

The children and their families were given bikes, tablet PCs, shoes and clothing plus TL 1,250, but the flight to and from Istanbul remains in all their memories. Staying in Istanbul as a guest of THY, they also got to see the Bosporus for the first time. Time will show if we will run into them on a flight or see their faces again on TV.