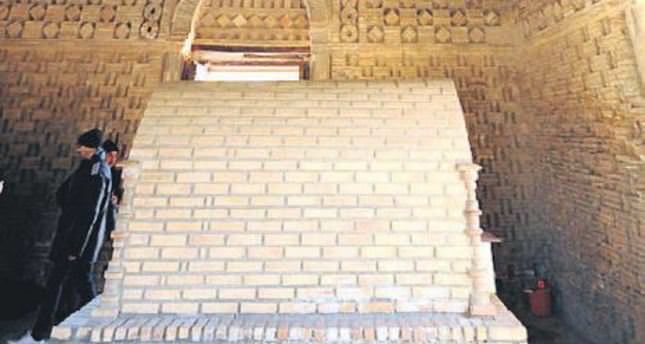 Uzbekistan's Ismail Samani Mausoleum, one of the oldest structures still standing in Central Asia has become a center of attraction for both international and national tourists

BUKHARA, Uzbekistan — Situated in the city of Bukhara in Uzbekistan, the Ismail Samani Mausoleum has become a prototype for Central Asian architecture with its unique design and construction materials. According to historians, the ancient wonder was buried in sand dunes during dust storms that sprung up during the Mongolian invasion. Despite being discovered hundreds of years after it was built, the Ismail Samani Mausoleum has never needed any significant renovation.

Constructed between the ninth and 10th centuries, the monument is the resting-place of Shah Ismail Samani, the founder of the Samanid Dynasty, which ruled in Persia. Some resources claim that his grandchild was buried in the same place, however excavations in 1927 resulted in the discovery of only two tombs, one of which belongs to Samani's father.

The mausoleum features an intricate design fashioned from brick and a large sarcophagus in the shape of a cradle vault. Based on a square-shaped plan, the structure was constructed by backed bricks and crowned by a large dome, where a lantern was placed, in a similar fashion to that of early Ottoman mosques. There are four identical façades designed as an arched niche, each with an aperture and the door at the eastern-facing façade is the main entrance.

The upper parts of the mausoleum are surrounded with a gallery of 10 arched apertures, providing light and ventilation, keeping the inside of the mausoleum cool. Both exterior and interior sections are decorated by placing bricks in different shapes. It is believed the brick was first used for decorative purposes during its construction. A scenic landscape design surrounds the monument, making it a popular destination for tourists who have continued to flock to the site in large numbers over the years.
Last Update: May 13, 2014 2:15 am
RELATED TOPICS