Cheer yourself up with Tekirdag's cherry festival 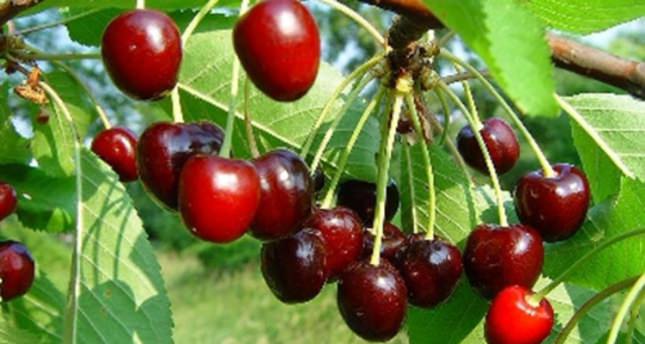 With its traditional cherry festival and divine dishes, from succulent meatballs to desserts, Tekirdag invites you to escape the rush of the city for some weekend entertainment

Turkey's northwestern city of Tekirdag is a place that hides many secret treasures within its boundaries. Considered the bridge between Turkey and the Balkans, Tekirdag is literally Istanbul's backyard. My friends and I took a quick journey to Süleymanpasa, a small town in Tekirdag, both to get some fresh air and discover the beauties this lovely town keeps hidden in its bosom.

Dating back to the Roman era, with its fresh air, vivid blue sea and tasteful dishes, this charming town embraces visitors. If tranquil serenity is what you're after, Süleymanpasa is the closest place you'll find, especially for those from Istanbul.

As soon as we arrived in Süleymanpasa after driving an hour from Istanbul, our first stop was Özcanlar restaurant to taste the renowned Tekirdag Köftesi, a meatball dish unique to Tekirdag. It was so delicious that I could have eaten 15 meatballs, but out of respect for my diet I chose to be satisfied with less and rather leave some room in my tummy for other pleasures, such as Tekirdag's traditional desserts. Following a serving of meatballs accompanied by a cup of Ayran - a refreshing yogurt drink made of yogurt, water and salt - tahini and Hayrabolu dessert resembling the Kemal Pasha dessert, which is prepared from a dough of flour, unsalted cheese, semolina, egg, water and baking powder, brought great pleasure to my mouth.

When we finished our lunch and mustered the required energy to discover the town, it was time to tour the seaside. I must admit that the seaside could be organized better, but maybe this slight disorder is the reason why the town seems so untouched and natural.
I realized during the visit that spring is the best time to visit Tekirdag because the entire town turns into cherry land. Residents of Süleymanpasa love and respect cherries and celebrate the season with a festival that has run for 50 years. Unfortunately, we were not lucky enough to catch the festival, but you could be because the 50th Cherry Festival is expected to be held between June 4 and 8.
Thanks to Süleymanpasa officials, we had the chance to chat in person with the town's mayor, Ekrem Eskinat, about the festival. Hosting us in his office, Mr. Eskinat informed us about the festival and his plans to turn this little town into a central attraction. Regarding the festival, he said local artists, folk dancing teams and nationally renowned singers such as Candan Erçetin will be performing on stage.
The best part of the festival is a traditional beauty contest to elect Miss Cherry. I could hardly contain my excitement and had to hold myself back from asking, "May I be a contester, sir? I love cherries and would love to be Miss Cherry!" But instead I maintained my cool and asked what plans are in store to develop the town. Mr. Eskinat touched on the fact that Tekirdag is one of the closest cities to the Balkans and Europe in Turkey and the city can become a center of attraction, especially for people from Greece who want to visit the city to have dinner on the seaside.

Exemplifying the French city of Cannes, which became a renowned destination through its festivals, Mr. Eskinat said Süleymanpasa has been sort of hidden for years, but steps are being taken to bring international recognition to the town by taking advantage of the AsyaPort, the biggest container terminal in Turkey, which is planned for construction in Süleymanpasa.

Mr. Eskinat further touched on Tekirdag's vineyards that attract both domestic and foreign tourists. The town is renowned for producing Turkey's wines and rakis. There is even a vineyard route in Süleymanpasa where visitors can engage in wine tasting and gastronomy during their visit.

We continued our discussion with Mr. Eskinat on more sightseeing. He showed us around the town and pointed out the huge arena allocated for the festival. Despite having taken his post only two months ago, Mr. Eskinat already has a close relationship with Süleymanpasa's residents. He is serious about meeting their demands and developing the town.

While sitting in a spot close to the sea and talking about the serenity of this little town, the only thing I could think about was the delicious cheese halwa dessert that I saw in a shop window earlier. It was too tempting to resist. Cheese halwa is a special dessert unique to Tekirdag. It is made from cheese, milk and sugar, and topped with two scoops of vanilla ice-cream. It is definitely worth trying but save it for your visit to Tekirdag.

As the time to leave approached, we made sure not to skip a Tekirdag ritual of purchasing bars of Tekirdag cheese. We found a little shop that certainly doesn't look like a place that sells the best cheese in Tekirdag. It looks like a small grocery store, but has the best cheese in the town. The owner of the shop said the cheese we were about to buy is the only cheese that resembles those produced during the beginning of the 20th century. As a cheese monster, I took a taste test it and gave it five stars.

At the end of our journey, once again I understood that getting away from the rush, crowds and hurly-burly of the big city even for a day allows you to relax and regain your energy. If you are looking for a close destination to enjoy your time with a traditional festival and delicious dishes, you can be sure that Tekirdag's Süleymanpasa will embrace you with all its beauty and serenity.
RELATED TOPICS