There is always time for a cup of tea in London 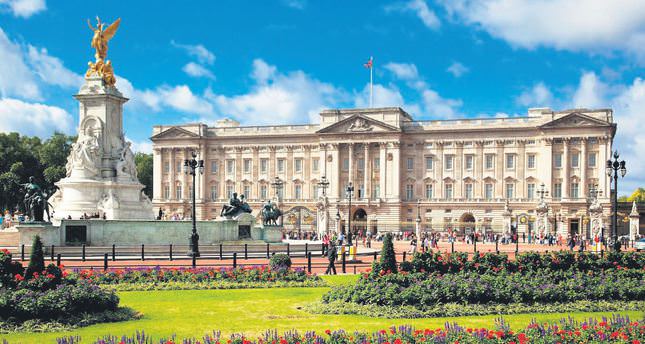 London, the city of rain, history and royalty, draws in tourists with all its beauty. If you want to be surrounded by the magic of this old city, please, make a cup of tea and keep reading

I plugged my headphones in to listen to Sting's legendary song 'Englishman in New York' which inspired me to write about how to be a Turkish girl in London - a girl who wants to discover the entire city.

My two friends and I took a plane heading to Heathrow airport, the biggest airport in England. We were so eager to discover all the places we would be visiting. I took the opportunity to warn my friends about the British accent, knowing that they will probably not understand it or be caught off guard by it. As soon as we landed, they both told me, "We do not understand anything, are they really speaking English?" Yes my dears, they are!
That was the first shock for them. A shock they would not overcome for the entirety of the visit.

Turkish people love to speak loud and laugh louder, especially in public places. As I watched my friends try to converse with the other people at the airport all I could think about was the sign you see occasionally on out-of-order vending machines: "Sorry for the inconvenience." After leaving the airport terminal, we took a bus heading toward London city center. The first lesson we learned was smile at every stranger and consider it as an opportunity to get to know them, because I think this is what English people do all the time, especially on the bus. Second lesson is no matter what happens, do not forget to say, "thank you" to the bus driver while stepping off the bus. I witnessed the struggle of a lady who tried to make her child thank the driver for nearly one minute and the driver waited with patience to hear those magical words. This is the first time I experienced English courtesy and you know what? I love it.

After arriving at the city center we had to decide what to do next, the city was too big to discover by walking and we had no sightseeing plan. I always do this in cities I visit - leave myself to the wind of the city like a leaf. Resorting to our final option, we bought tickets for the "Big Bus Tour" which enabled us to see the entire city and hop on and off freely. They had smiling staff and good quality.

Thus far, it sounds cool if we do not consider that it cost around £35 for each of us. We got our London maps, hopped on the bus and sat on the top floor with great curiosity to discover the streets of London from above, but then we were hit by something very quintessentially London - rain. So, lesson three: do not be deceived by the sun in England, it may rain at any time, more precisely, it rains all the time. We had no sightseeing plan, we just hopped off at every place that we found interesting or where we wanted to take a photo.

Firstly, we hopped off at the fabulous Buckingham Palace. The palace is the official residence of England's royal family, that is why tourists find it easy to fall in love with its glory. Unfortunately, we missed the summer opening of the palace which allowed visitors to enter certain rooms and the lavish garden palace, so I suggest that you follow the dates of the summer opening. The palace is closed to the public most of the year but you can get tickets that cost around £80 to visit the palace with special tour companies.

For me, it was enough to gaze through the gates at the magnificent structure. To see the vastness of the city from above, we headed toward the London Eye. It is a huge wheel that was constructed with the aim of being the biggest sightseeing activity of London. It is different to other wheels around the world because the London Eye is the first wheel with cabinets mounted outside which enables you to see the entire city more clearly. Just a little warning: if you are claustrophobic or acrophobic, think twice before getting on.

While waiting in queue we had a chance to chat with an English lady. When she found out that we were from Turkey she started to list every Turkish word she learnt during her Turkey visit. She then said, "I wish I was born in your country, I admire Turkey and its summer season." The fourth lesson we learnt is that English people are friendly and crave the sun.

While on the top of the London Eye, a place which allows you to view a most fascinating London landscape, you can see iconic and historical structures including the Tower Bridge, Big Ben and the House of Parliament which show visitors how history and today's modern world can be mixed in a perfect way. After departing from the London Eye and stopping off briefly to have my photo taken in a classic red U.K. telephone box, which I certainly believe is the only way you can prove to your friends that you have been in England.

Another significant place in London is Madame Tussauds, but we couldn't manage to get in there due to the queue that seemed endless. It is beyond question that Madame Tussauds is one of the leading touristic spots in the city, but you should walk down a little further down to see the huge Sherlock Holmes statue and his museum where he also lived, according to the stories written by Sir Arthur Conan Doyle. The museum seems like a well-kept secret compared to Madame Tussauds, especially for those who do not like waiting in endless queues.

After visiting other significant landmarks and museums of London, we ended up on Oxford Street. I should admit that this is always the beginning of the fun for me. With the motto: "Fashion/Beauty/Dining starts here," Oxford Street may be one of the most tempting places in London for tourists.

You can find any kind of store to satisfy your love of shopping, such as Debenhams, House of Fraser, Marks& Spencer, River Island and the iconic Topshop. For the female readers out there, "Ladies, on Oxford Street, you can shop 'til you drop.' " When the time had come to depart for southern England we said goodbye to London city center and headed towards Victoria Station, the central railway station. While waiting for the bus, we were tempted by the idea of drinking a cup of English tea with milk. We decided to take a seat at a little café on one of the by-streets. We started talking about England and were soon engulfed by conversation.

Unsurprisingly, we failed to catch the bus on time. But, that was the fifth lesson: There is always time for a cup of English tea in London, even if it means you miss your bus.

After all, London means surprises, fun, history, English tea, smiling faces, rain and cloudy weather to me, and it is also a good reminder how people can find happiness even in gloomy and melancholic weather.
RELATED TOPICS