HUNTING LODGE OF TSAR NICHOLAS II TO BE OPENED FOR TOURISM 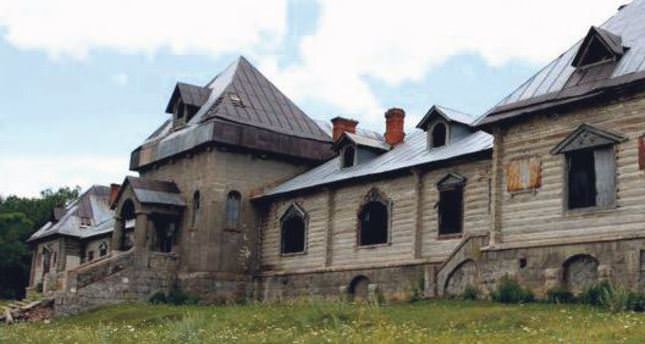 The hunting lodge of Tsar Nicholas II of Russia, built during the forty-ye ar Russian reign over Sarıkamıs, will be restored and ser ve as an expanded hotel with 124 ro oms that will attract tourists throughout the year

Located in Sarıkamıs district of the Kars province, the hunting lodge of Tsar Nicholas II of Russia will be opened for tourists soon. Speaking to Anadolu Agency (AA), Sarıkamıs Mayor Göksal Toksoy said that they want to introduce the region to tourism by making use of its natural and historical potential. Although Sarıkamıs has its peak season for five months in a year, Toksoy said their aim is to draw tourist to the region for the whole year. He noted that the region will be an attraction for Russian tourists in particular once the lodge is restored.

According to the mayor's statement, the Ministry of Culture and Tourism will build a hundred bed capacity hotel matching the mansion's architecture following the restoration of the Tsar's hunting lodge. He further stated that they planned to contribute to the local economy and the local population's standard of living. "We are working on the project non-stop with the Ministry of Culture and Tourism, the Governorate of Kars, the District Governorate of Sarıkamıs and the Provincial Culture and Tourism Directorate. Within the scope of the project, we immediately began the restoration of the historical mansion,"

Toksoy said. The mansion has 24 rooms, and after the construction of the hotel with hundred additional rooms, the region will be able offer its services to the visitors with 124 rooms that combine history and nature. Also known as Katarina Mansion, the 116-year-old hunting lodge was built with Baltic-style architecture without using nails between 1877 and 1878, during the 40-year-long Russian occupation in Sarıkamıs.