10 must-see places during your visit to Turkey 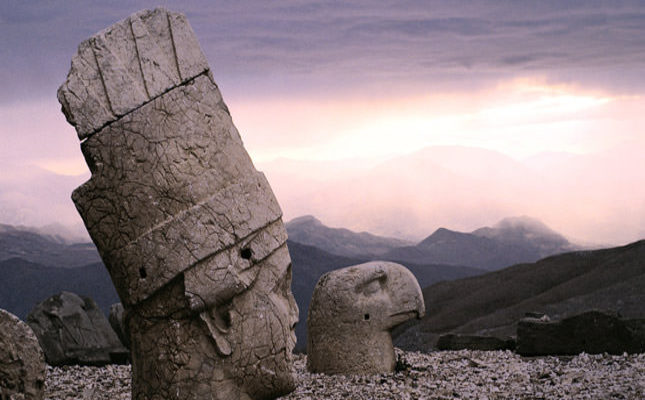 With natural beauty and the ruins of many civilizations, Turkey is home to numerous fascinating destinations calling on you to explore them

Hiding cultural diversity, natural beauties and many civilizations, Turkey embraces all visitors from around the world who are curious about the history of these fertile lands and natural beauties, most of which date back thousands of years.

Those who have visited Turkey and even those who are currently living in Turkey are well-aware that it is not possible to see all the beauty of this land in a short time. Unfortunately, most of us only know about tourist destinations from brochures and tourist websites, but there are hundreds of attractions even in the smallest provinces of this magnificent country.

Due to the diversity in Turkey, from the east to the west, before your Turkey adventure, you will need to scour the Internet to detect the most well-known places, and the sites you can afford to skip.

This article lists the 10 must-see places which would be well worth the effort to visit. Most of them are based on personal opinions and represent only some selected places chosen from among thousands of others.

1 Where sculptures tell the history: Described as an outstanding natural treasure, Mount Nemrut, with the tumulus containing the tomb of King Antiochus of the Commagene Kingdom, and several giant statues, is a UNESCO World Heritage Site. Located on this mountain are numerous large statues assumed to be royal tombs dating back to the first century B.C. Accepted as the world's highest open-air museum, Mount Nemrut is located in the Adıyaman provincial town of Kahta, and the beauty of the enchanting 10-meter statues and ancient Commagene sanctuary are mesmerizing.

3 And the wind meets the sea: Alaçatı in the southern city of İzmir, is a little town surrounded by stone houses whose grey walls are dotted by vivid blue windows. And as you stroll around the streets of the town, all of the paths lead you to the Aegean Sea. Once a hidden gem, Alaçatı has been turned into a center of attraction for both foreign tourists and locals from across the country. A popular haven for windsurfing with its vast sandy beaches, crystal-clear turquoise waters and steady wind, Alaçatı is also an adventure in summer for those seeking a small village with entertaining activities.

4 Once a prison, today a museum: Sinop Fortress Prison, built by the Seljuks, is the most striking prison in Turkey, known as a jail where many renowned Turkish writers once served their sentences. The prison is situated above Cape Sinop on the Black Sea coast. Living conditions in the prison were so harsh due to the moisture caused by the sea, that jailers were usually not able to even light a match. Many well-known Turkish cultural works, including songs and poems were produced in that prison. Today, the site is now an open air museum and is visited by both local and foreign tourists who want to understand the suffering experienced by the prisoners.

5 The dance of butterflies: Declared a first-degree natural protected area on Turkey's western coast of Fethiye, Butterfly Valley is one of the most fascinating natural wonders in Turkey. Since any type of construction is prohibited in the area, and the valley is located away from prying eyes, all you can get during your stay is nature, fresh air, a vivid blue sea, colorful butterflies flying above and a hidden valley waiting to be explored. The valley is named after its butterflies that cover all the trees and rocks like a silky soft scarf. Do not expect to notice them as soon as you arrive in the valley. Just wait until one of them moves and triggers all the other butterflies.

6 Fish, legends and Abraham's legacy: Gölbaşı is one of the most popular places in Turkey's southeastern city of Urfa. With two rectangular carp-filled pools, Balıklı Göl (pool with fish) and Ayn-i Zeliha, two beautiful mosques, teahouses and kebab restaurants, it is one of the places where you can feel the soul of the city. Balıklı Göl also has a history dating back to the once-evil ruler, Nemrut, who is believed to have killed many inhabitants. According to legend, Abraham challenged Nemrut due to his oppression and Nemrut ordered that he be burned at the stake. A huge fire was lit, but then God turned the flames into water and the woods into fish in order to help Abraham.

7 Slice of heaven in Anatolia: With fairy chimneys and a secret valley, Cappadocia in Central Anatolia is a great way to witness Anatolian history. Cappadocia can be described as a paradise, with its volcanic landscape offering challenging scenery, and slick rocks with lush, green tracks, caves, tunnels and canyons waiting to be explored. Through wind and melting snow, the region has been carved out of volcanic rock over centuries and displays amazing colors and shapes unique to Cappadocia, such as the fairy chimneys (also known as hoodoos). This magical region, with its historic remains standing as some of the most renowned ancient natural wonders, invites you to explore the core of Anatolia.

8 A gift of nature, cotton castle: Known as Hierapolis, Pamukkale ("cotton castle" in Turkish), is considered a gift of nature for those who visit. Being famous for its hot springs and travertines – terraces of carbonate minerals left by flowing waters – Pamukkale is located in western Turkey, and invites those who are looking for a relaxing experience. There are dozens of remains from the ancient city of Hierapolis, including Greek monuments, around the city. With remains from different civilizations, natural wonders and pure white travertines, Pamukkale has three different thermal regions – Sarayköy, Karahayıt and Gölemezli – that are accepted as health-invigorating places with springs and mud baths.

9 The castle that was never conquered: Called "Eagle Castle" for years, Mardin Castle in the southeastern city of Mardin is situated on top of a rocky hill. The castle hosted many emperors and kings, including Subari, Sumerian, Babylonian, Mitanni, Assyrian, Persian, Roman, Byzantine, Ummayad, Abbasid, Hamdani, Seljuk, Artuqid, Qaraqoyunlu, Akkoyunlu and Safavid rulers, as well as the Ottoman sultan. Throughout its history, the castle has seen many victories and disappointments. A king called Shad Buhari, who idolized the sun in 330, lived in this castle for 12 years and cured his sickness in this castle. Experiencing many stories of historic civilization, the castle bears witness to history on the outskirts of Mardin.

10 Remnants of the Commagene Kingdom: The ancient city of Zeugma in Gaziantep's town of Nizip was founded by Alexander the Great's generals in 300 B.C. Accepted as one of the four biggest cities of the Commagene Kingdom, Zeugma was conquered in 64 B.C. and ruled by the Roman Empire, which renamed the city Zeugma. Witnessing huge wealth and glory at the time of the Romans, the city became one of the region's attractions due to its commercial potential originating from its geo-strategic location along the Silk Road connecting Antioch to China. In 256 A.D., the city was invaded and completely destroyed by the Sassanids, and later again by a huge earthquake that buried the city. Due to the invasion and the earthquake, the city and its magnificent structures were sadly not able to recover for a long time. The main excavation that unveiled the beautiful mosaics was conducted in 1992.