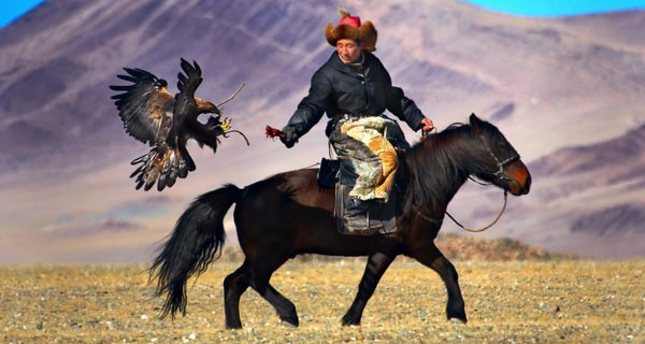 With a surface area double the size of Turkey and home to a mere 3 million people, Mongolia is a country of differences. Interestingly, half of the population lives in Ulan Bator, which must be one of the world's coldest capitals. The bidirectional traffic has become a chronic problem in the city, while vast and deserted steppes extend around the city. After Ulan Bator, the most populous Mongolian city has a population of only 100,000 people. The capital suffers from air population, but Lake Khovsgol located in northwest Mongolia is one of the world's cleanest lakes with a picturesque landscape.

Murat Karagöz has been assigned to be Turkey's Ambassador to Mongolia for over a year and said that each day he learns something different about the country and its traditional culture. Although he is nearly 8,000 kilometers away from Turkey, Karagöz still feels close to his homeland. He recently spoke about his experience in Mongolia and shared interesting information about the East Asian country:

If you travel to the northern parts of the country, you discover Lake Khovsgol. From November to the end of March, the lake is covered with ice. The depth of the ice is at least one meter and you can cross it by car for about 60 kilometers. However, we hear each year about at least three or four cars falling into the lake while crossing. In March, even festivals are organized on the icy lake.

A country of wild horses and red deer

Hustai National Park, which is 100 kilometers from Ulan Bator, offers you a chance to see the Prezewalski wild horses, which live unattended around the mountain, as well as red deer and reindeer herds. It is also possible to spend the night at the park.

Undoubtedly, Genghis Khan was one of the most powerful leaders in all of human history. As soon as you step into Mongolia, you will discover that the country's airport, squares and biggest complexes as well as various places are named after the Great Khan. There is a monument 60 kilometers from the capital city, which was erected in the area where Genghis Khan allegedly erected his imperial tent. At 40 meters high, the metal monument is one of the tallest monuments in the world. Visitors can go inside the structure and climb all the way to the top as well. Moreover, the monument features a museum, a restaurant and cafes

Mongolia has rich culture and traditions. When you visit the country, you should not only see Ulan Bator, but go out to the steppes and experience life there too. Nomadic life is in the genes of the Mongols, and 30 percent of the Mongols still maintain nomadic lifestyles. Moreover, Mongolia is composed of 18 different communities and each of them has different rituals and traditions. In order to experience this culture, you should be a guest in a nomad's tent. You can observe the order, where people sit, where they eat, gender roles and which foot you should use while you enter and leave the tent. You should also take the opportunity to ride a horse.

Cashmere as a souvenir

A well-known souvenir from Mongolia is cashmere. It is possible to find cashmere at different qualities and prices, but it is definitely cheaper than it is in Turkey. Producing cashmere is a very difficult process both for people and the animals, as the hair of goats is ripped off or plucked.

A country rich in minerals

In the wider world, little is known about Mongolia, even though it has one of the richest mineral deposits of coal, gold, copper, silver and uranium in the world. Western companies from Australia, Canada and the U.K. are mining these deposits and the neighboring countries of Russia and China are investing in the region. Turkey also has much to contribute to the region in terms of agriculture and soil improvement. With the country's numerous animals, livestock breeding has much potentially as well.

A few days are not enough to tour Mongolia. In my opinion, you need at least a week or 10 days to travel around the country. If you are not restricted by time and have a passion for travel, you can go to China or Russia while you are in Mongolia as well. The Trans-Siberian railroad travels through Mongolia and takes you to Beijing or the Tuva region of Russia from Ulan Bator. If you are more adventurous, the Trans-Siberian railroad goes all the way east to Valdivostok. You can also travel to South Korea in three hours by plane, or Japan in only four-and-a-half hours.

Mongolia is a fascinating country for history, nature and geography enthusiasts. Although the country is somewhat isolated, it features one of the world's most appealing geographies. Almost 52 million animals live on the country's moorlands. Among them are 3 million horses. If you would like to ride a horse or want to experience tranquility in nature, then you should visit Mongolia. The Gobi Desert is another must-see attraction. It extends all along the country's south. Tourists can enjoy touring on camels and there are also beautiful sand dunes. Moreover, the country's rich landscape has much to offer photographers.

Be a guest at Mongolian festivals

In order to observe Mongolian traditions, there are two main festivals you can attend: Tasman Sar (White Moon) at the end of February or Naadam (Games) in the summer. Naadam, which entered UNESCO's Intangible Cultural Heritage List in 2010, runs for three or four days and includes the games of wrestling, archery and horseback riding. Almost the entire country attends the festivities and nearly 1,000 wrestlers take to a field almost as big as a stadium. You should witness the wrestlers' way of saluting the crown and their opponents as well as their costumes and songs. Additionally, an official parade takes place between July 11 and July 13 during the opening ceremony of the games. You can also see people dressed in traditional Mongolian costumes on the streets on these days.

Home of the Orkhon Inscriptions

The first Turkic civilizations were established on this land. Furthermore, the Orkhon Inscriptions, which mentioned the word "Türk" for the first time, are found here. As part of the Turkish Cooperation and Coordination Agency (TİKA) project titled Turkish Monuments, the inscriptions have been on display since 2008 at a museum built on the same location. Turkey also built a 46-kilometer road to Karakorum, where the museum is located. The inscriptions dedicated to Bilge Khagan and Kül Tigin, the younger brother of Bilge Khagan, are located about 340 kilometers southwest of Ulan Bator as well. The inscriptions dedicated to Bilge Tonyukuk, the counselor of Göktürk Khagans, is situated 60 kilometers from Ulan Bator. Together, the inscriptions are all called the Orkhon Inscriptions. There are many other historical artifacts that are waiting to be uncovered as well, which is the responsibility of not only our Mongolian brothers and Turkey, but also anyone who prioritizes history and culture.

I believe the world behaves cruelly toward Mongolia, as it has one of the world's coldest capitals. Bear in mind, Ulan Bator is not the coldest city in Mongolia; you feel the bitter cold when you head for the steppes. Winter lasts eight months and the capital's average temperature in January is between minus 27 C and minus 28 C. This year, the temperature even dropped to minus 32 C. A continental climate surrounds the entire region, and the temperature differences between summer and winter months are high. While you can experience 35 C during the summer, it decreases to minus 40 C in the winter - almost a 70-degree difference. Sand storms can occur when the spring approaches, but fortunately they do not look like those in the Middle East even though we feel their disturbing impact in the city center. In short, we live in a rather harsh climate.