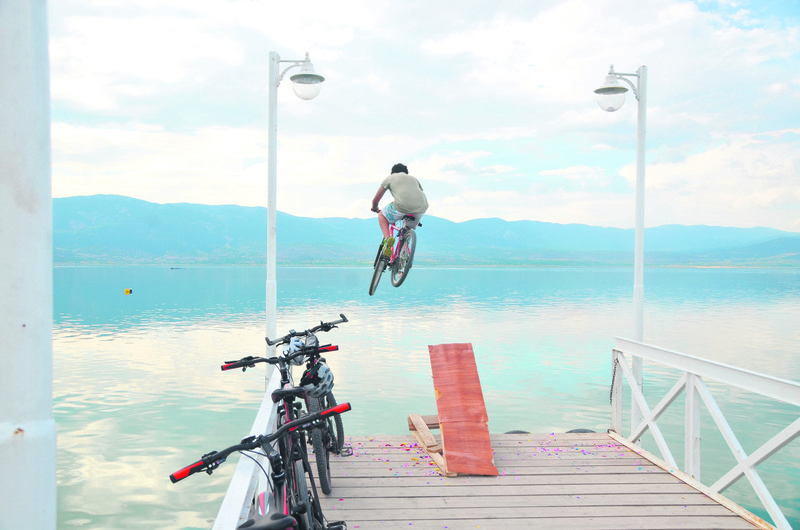 A number of large and small lakes in Turkey's Göller Yöresi (Lakeland), which extends from Antalya to Isparta, Konya, Burdur and Afyonkarahisar, offer alternative tourism opportunities. Among them, the lakes in Burdur stand out for their natural beauty, vegetation and wide-range of bird species. According to the information obtained by Anadolu Agency (AA) from officials from the Burdur Provincial Directorate of Culture and Tourism and the Regional Directorate of Natural Protection and National Parks, Lake Salda, which is 9.86-meters-long and 6,800-meters-wide, is situated in a closed basin formed on a tectonic hollow in Burdur's Yeşilova district. It is 185-meters-deep and features clean sand. With its 301 aquatic and terrestrial plants from 61 different families, Lake Salda also offers clear, turquoise water. Bicycle tours, diving and bird watching are the most popular activities to do while enjoying the lake's tranquilizing atmosphere. Lake Salda is also a must-see stop for professional photographers. 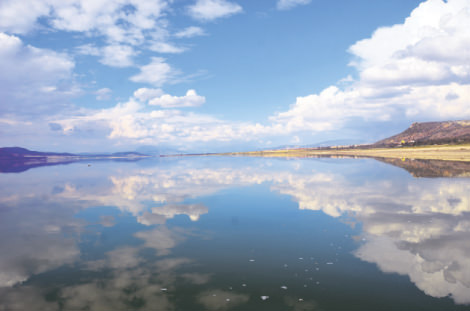 Lake Burdur draws scores of tourists to witness its notable sunset. The lake is home to around 75 percent of the world's population of white-headed ducks, which are endangered. The bird population based in the lake's northern and eastern parts provides good opportunities for bird watchers as well.

Situated between Söğüt Mountain and the northwestern and southeastern Suludere-Yayladağ basin, Lake Burdur was formed by the movement of tectonic plates. The lake draws scores of tourists to witness its notable sunset. Lake Burdur is home to around 75 percent of the world's population of white-headed ducks, which are endangered. The bird population based in the lake's northern and eastern parts provides good opportunities for bird watchers as well. The lake's Burdur Aquatic Birds Wildlife Protection Field also draws visitors because of the 85 bird species found there such as flamingos, swans, Eurasian coots, Ruddy shelducks and tufted ducks.

Named after Burdur's Gölhisar district, Lake Gölhisar is a natural habitat for fish, butterflies, birds, mammals and reptiles. Lake Gölhisar is one of Turkey's most important habitats for different birds. So far, 53 species of bird have been identified. There are agricultural fields as well as forest, wetland and steppe ecosystems around the lake. There are different forest types featuring coniferous or deciduous trees along with reed beds, streams, mires and water meadows.

Located between Burdur and Yeşilova, Lake Yarışlı is fed from water springs and streamlets. Endemic and endangered animal species live around the lake, which has harsh-tasting water. The lake features 80 songbird species along with 50 aquatic bird species, one nocturnal bird and nine other bird species. Tourists can see flamingos, avocets and lapwings as well. Lake Yarışlı is also home to animals including red foxes, tortoises, squirrels, hedgehogs, snake-eyed lizards and Caspian turtles.

Surrounded by agricultural fields, Lake Çorak, located in northern Yeşilova, is small and salty. The tectonic lake has salt swamps, reed beds and steppe areas. It home to endangered plant species Saponaria halophila. Foxes, marbled polecats, wild boar and stellion lizards as well as tortoises live around it. Studies conducted around Lake Yazıklı have showed the lake harbors 355 aquatic and terrestrial plant species from 83 different families. A significant portion of the lake is also surrounded by reeds. There are 29 songbird, eight aquatic bird and six other bird species native to the lake. Aside from these lakes, there are a number of other small lakes in Burdur. Burdur Provincial Culture and Tourism Manager Servet Olpak told AA that the directorate is working on projects to promote the lakes. Olpak said that last month they organized a bicycle festival around Lake Salda. Praising the natural beauty of the lakes in Burdur. Opak said many cyclists from across Turkey attended the event. "We want to share the area's natural beauty with more people and are working in collaboration with the district municipalities and governor. We organized a number of events at Lake Burdur and there will be more around Lake Gölhisar soon. The lakes in Burdur have attracted more visitors recently. We have achieved significant progress so far," he said.
Last Update: Jun 17, 2015 11:35 pm
RELATED TOPICS