Historical trails in Turkey bound by nature and beauty 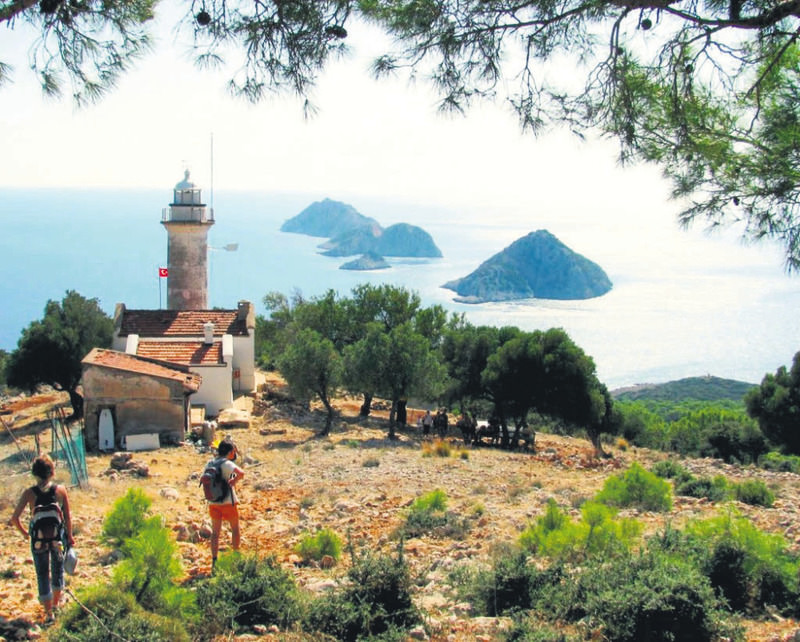 To walk miles into history and nature as well as find hidden treasures, take a hike on one of the many trails in Turkey this summer

Spanning Asia and Europe, Turkey is one of the few places where you can see the remnants of the many civilizations that have lived on this land, the shining sun and the vivid blue sea. ﻿

A great way to get off the beaten track and feel the diversity of the country is walking. It will lead you to the historical sites in rural villages, mountain climbing and cozy backstreets. In Turkey, you can find a growing array of walking routes and hiking hotspots that range from a few hours to treks spanning over 1,000 kilometers. From the westernmost point to the heart of Anatolia, trekking in Turkey will give you the best opportunity to discover the country and leave your footprint along the way.

To better understand Turkish culture in local areas, see smiling and friendly villagers and learn how to slow down the pace of life, trekking in Turkey will be the best for you.

If you go hiking in rural areas, you should bear in mind that English is not spoken widely. But do not consider it as an obstacle, rather as an opportunity to improve your Turkish, or to have some basic Turkish skills at the least. Those who are interested in trekking has three options: join an organized trip, use a specialized company to arrange everything or arrange everything yourself. Many Turkish trekking companies organize trips on specific routes. These companies will meet you at the airport, provide transport, arrange your accommodation and food and guide you all the way through.

Being one of the top walks in Turkey, St. Paul›s Trail is a way-marked trail of around 500 kilometers from the start to the ruins of Perge in eastern Antalya and runs through Yazılı Canyon National Park. Owing its name to the path St. Paul supposedly took on one of his journeys to spread Christianity throughout Anatolia, St. Paul›s Trail will let you engage with nature and rural villages where you can discover the life of the inhabitants of picturesque old stone and timber villages along the way. You can stop off in small villages and discover the daily life of villagers by seeing local handcrafts, watching cheese and yogurt being made and experiencing Turkish hospitality. The route starts at sea level and climbs up to 2,200 meters and up to an optional 2,800 meters. In Perge, where the route starts, you will find historic Greek and Roman ruins as well as natural wonders, including canyons and forests, but it will get wilder as you climb. Compared to the Lycian Way, it can be said that St. Paul›s Trail is slightly wilder, but it is what turns the way into an adventure.

The renowned Ottoman traveler Evliya Çelebi's way to Mecca for a pilgrimage in 1671 turned into a nice and historic route for hiking, horseback riding and cycling. UNESCO in 2011, the 400th anniversary of Çelebi's birthday, inaugurated the route. Çelebi traveled for 40 years to different lands in the Ottoman Empire and collected his travels in his "Seyahatname" (Book of Travels). The Evliya Çelebi Way is the only trekking destination in Turkey with separate routes for hiking, biking and horse riding, and it gathers both history and nature together. As a couple day route, you can visit hidden villages that Çelebi passed through. The route is both different due to its natural beauties and the historic Ottoman spots located along the way. If you would like to see how the Ottoman Empire was born and grew, the route is perfect for you. The horseback route is nearly 650 kilometers and it nearly takes around 25 days to get to the end. There are many places to visit and accommodation opportunities along the route. The Evliya Çelebi Way begins at a village located on the south coast of the İzmit gulf and heads toward districts in Marmara such as İznik, Yenişehir, İnegöl, Kütahya, Afyonkarahisar, Uşak, Eski Gediz and Simav in the Aegean region. If you would like to experience the travels of Evliya Çelebi in an atmosphere reminiscent of 400 years ago, you must hit the trail of the Evliya Çelebi Way. For a better understanding of the Çelebi's love of humanity, you can first read his book of travels and then begin your journey along the way of an Ottoman traveler.

The Lycian Way: A coastal beauty 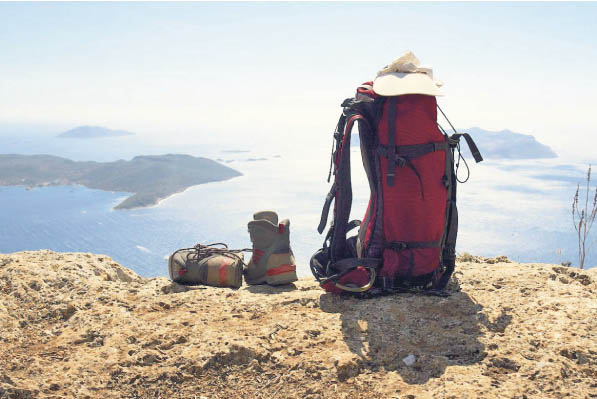 The 509-kilometer Lycian Way is one the country's first way-marked trails. Located between the tourist destinations of Fethiye and Antalya along southern Turkey's Tekke Peninsula – historically known as Lycia – you can discover spectacular coastal views and archaeological treasures dating back to the eighth century B.C. On the way you can also see interesting villages with their Lycian traditions. The Lycian Way is not only a trekking activity, but also a social, cultural and historical discovery for travelers. You can hike for a day, a weekend or a full week according to your schedule and want for discovery. Lastly, this route is definitely the best way to get to know the real Turkey behind the tourist façade. The route includes the ruins of Greek and Roman cities, and the vivid blue sea of the Mediterranean will be your main friend along the route of the Lycian Way. The route is rated medium to hard and is not level walking as it has many ascents and descents as it approaches and veers away from the sea. You can hire a guide for the hike in this fascinating spot or participate in a trekking group. The route includes coastal paths, remote highlands and villages, so you can also meet villagers who may even invite you to their homes for lunch or dinner to show you Turkish hospitality. 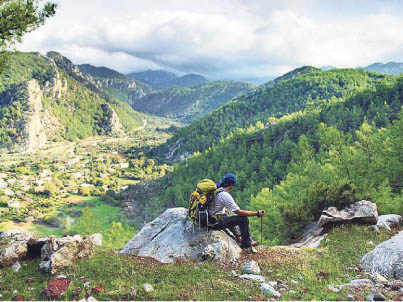 Taking its name from the Carian civilizations on the Mediterranean and Agean coasts, the Carian Trail in Turkey may be one of the few unspoiled trekking routes on the country's coasts. An 820-kilometer coastal route beginning from the Mediterranean to the Aegean, the Carian Trail is rich with ancient ruins, caravan roads, mountain slopes, almond groves and olive trees, so it is not only a historic destination, but also a natural beauty. This way-marked trail is suitable for both independent and group hikers. If you would like to enjoy the scenic route and cultural treasures along the way, this trail is perfect. Compared to other destinations, the Carian Trail is less known, but it is the feature that makes it unspoiled for those who prefer serene, beautiful destinations to walk miles and miles.

Hidden trails of Cappadocia: Antiquity on the way 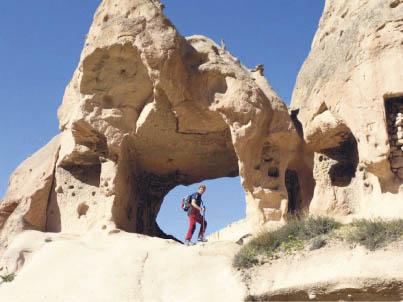 With fairy chimneys and a secret valley, Cappadocia in central Anatolia is a great place to see Anatolian history by hiking. Central Anatolia's historical region of Cappadocia is an amazing destination offering breathtaking experiences with its ancient and natural treasures. Cappadocia is a trail paradise with a volcanic landscape offering challenging, slick rock with lush, green tracks, caves, tunnels and canyons waiting to be explored. This magical region with its historic ruins that are some of the most renowned ancient natural wonders invites you to ride to the heart of Anatolia. Through wind and melting snow, the region has been carved out of volcanic rock over millennia and displays amazing colors and shapes unique to Cappadocia such as fairy chimneys, also known as hoodoos. When you walk in Cappadocia, you will see one of the most fascinating hidden trails ever, not to mention traditional Anatolian culture as well. Hiking in Cappadocia takes you to the heart of Anatolia due to numerous hidden treasures and historic places. It does not matter which route you choose while in Cappadocia since it will take you to an amazing finishing point just like the beginning.
Last Update: Jul 04, 2015 12:54 am
RELATED TOPICS