Titanic II: Replica of 'unsinkable' ship to set sail in 2018 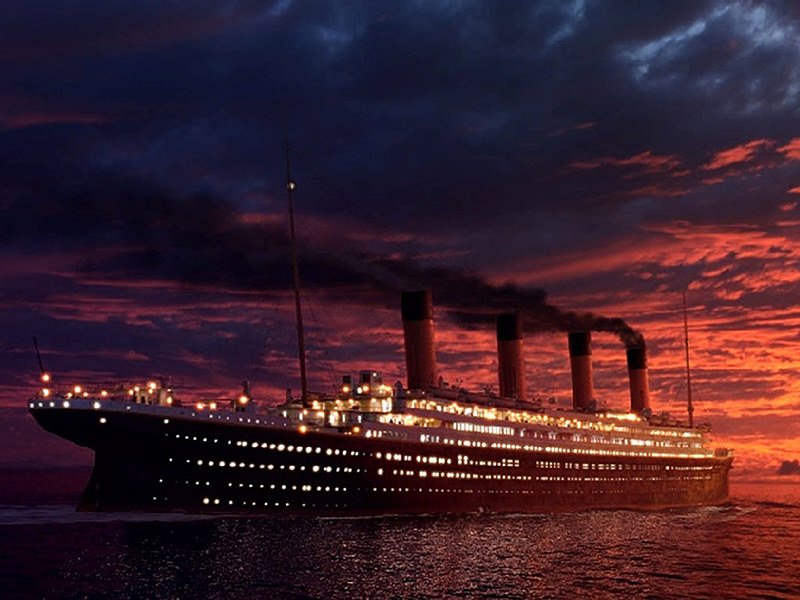 | FILE Photo
by Daily Sabah with Reuters Feb 11, 2016 12:00 am
An exact replica of the Titanic will set sail in 2018 and recreate the trans-Atlantic crossing of the original - without its doomed fate, hopefully.

The ship is expected sail from Jiangsu, China to Dubai in 2018.

The new Titanic will be almost 280 meters long and 52 meters high, with nine floors and 840 cabins that can hold 2,400 passengers and 900 crew members.

The man behind the project Australian billionaire and real estate magnate Clive Palmer had announced his plan in 2012 but had been postponed.

The ship will largely recreate the design and decor of the fabled original, with some modifications to keep it in line with current safety rules and shipbuilding practices, and the addition of some modern comforts such as air conditioning, a swimming pool, Turkish baths and gyms, Palmer said at a press conference in New York.

The three passenger classes, however, will be prevented from mingling, as in 1912, Palmer said.

"I'm not too superstitious," Palmer said when asked whether recreating a ship best known for sinking was tempting fate.

White Star Line, the operator of the original ship, had said the Titanic was designed to be 'unsinkable'. 1,503 people died on Titanic's maiden voyage in 1912 from Southampton to New York after the ship collided with an iceberg in the North Atlantic.

Unlike the original, Titanic II will have more than enough space in its lifeboats for every person on board and will have additional escape staircases. Markku Kanerva, sales director at Deltamarin, the Finnish company designing the ship, said it would be the "safest cruise ship in the world."

Palmer declined to answer questions about the project's cost. Although the Titanic was the world's largest ship in her time, she would be smaller than many of today's modern cruise ships.

Forbes estimated Palmer's net worth to be $795 million in 2012. He describes himself as a billionaire.

Being built by Chinese state-owned CSC Jinling Shipyard, the Titanic II was originally scheduled to set sail in 2016.

"People are going to be really cautious or superstitious regarding getting on a second version of the Titanic, or it could be a really compelling idea for history buffs who really want to live the story or the legend behind it," Katz said.

Titanic II will operate as a cruise ship, and passengers will find 1912-style clothing in their rooms should they wish to dress up and pretend they are living in an earlier era as they visit facsimiles of the original gilded first-class dining and smoking rooms, if they have the appropriate ticket.

Prices for the tickets will be announced laterbut it seems like there have been offers up to $1 million to ride on the Titanic 2, according to Blue Star.

Helen Benziger, a descendant of Titanic survivor Margaret Brown, better known as the Unsinkable Molly Brown, said at the press conference that the ship would be a chance to experience the sort of grace and civility she said was sometimes lacking in the modern world.

"I think it's a chance to go back in time," said Benziger, who has joined the project's advisory board.

Palmer said he plans to travel in third class on Titanic II's maiden voyage.
"I'll be looking forward to it as you bang the drum and play the fiddle, twirling around like Leonardo does," he said, meaning actor Leonardo DiCaprio, in one of the repeated references he made to the 1997 James Cameron film 'Titanic.'
Last Update: Feb 11, 2016 9:39 pm
RELATED TOPICS