Antalya's Mount Tahtalı a hotspot for adventure sports this summer 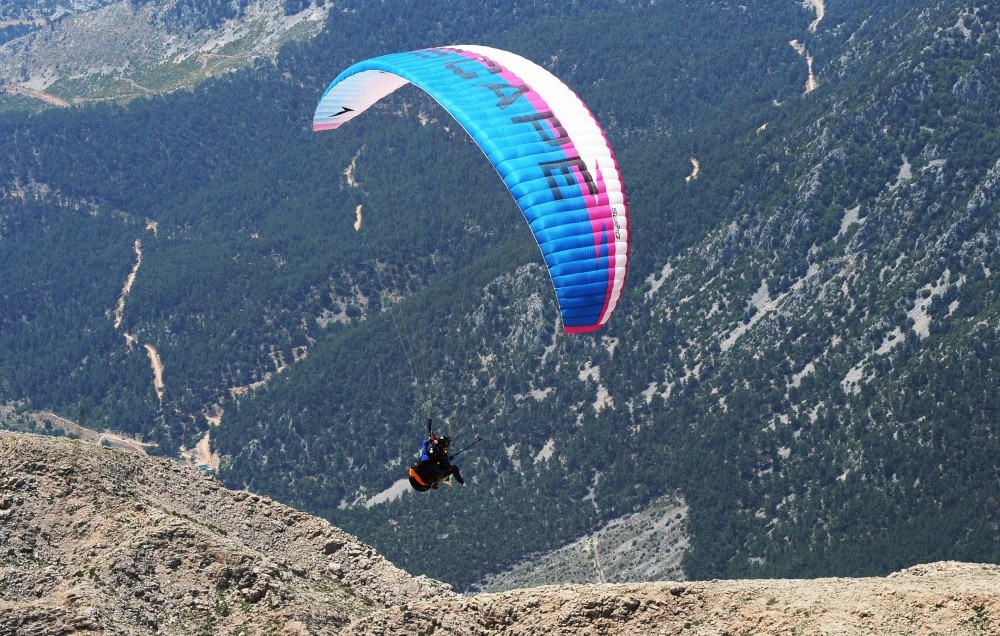 by Anadolu Agency Jun 03, 2016 12:00 am
With a height of almost 2,500 meters, Mount Tahtalı in coastal Antalya province's Kemer district has become a hotspot for adventure sports, mostly for bungee jumping and paragliding. As the highest coastal mountain on Turkey's southern coastline, Mount Tahtalı used to draw less local and international tourists in previous years, but is now competing with Ölüdeniz in the Aegean town of Fethiye.

Burhan Ozansoy, a paragliding pilot, told Anadolu Agency (AA) that they take a number of precautions before taking off. Recalling that all adventure sports have their risks, Ozansoy said that Mount Tahtalı's popularity as an adventure sports destination is steadily increasing. "Paragliding in Ölüdeniz has become an international brand after 20 years," Ozansoy said, adding that each year, almost 80,000 paragliders are seen in Ölüdeniz. "On the other side, Mount Tahtalı has accommodated adventure sports enthusiasts only for the last five years and is on its way to becoming another international brand in this field," he said. Last year, 2,000 paragliders took off from Mount Tahtalı. "This year, we are expecting to reach the same number," he said. Most of the interested tourists came from Russia last year, Ozansoy said, adding that this year Ukrainian, Kazakh and Turkmen tourists are on the rise. There are also tourists from Europe.

Another adventure sports opportunity on Mount Tahtalı is bungee jumping. Sercan Çelik, a bungee jumping operator, said that they use a mechanism called Bungee Catapult and it can reach 80 kilometers per hour and can carry up to 110 kilograms. "We offer insurance to our customers and take all the necessary safety precautions. They enjoy a great view of the Kemer district," he said. Visitors can reach the mountain by cable car.
Last Update: Jun 03, 2016 1:08 am
RELATED TOPICS