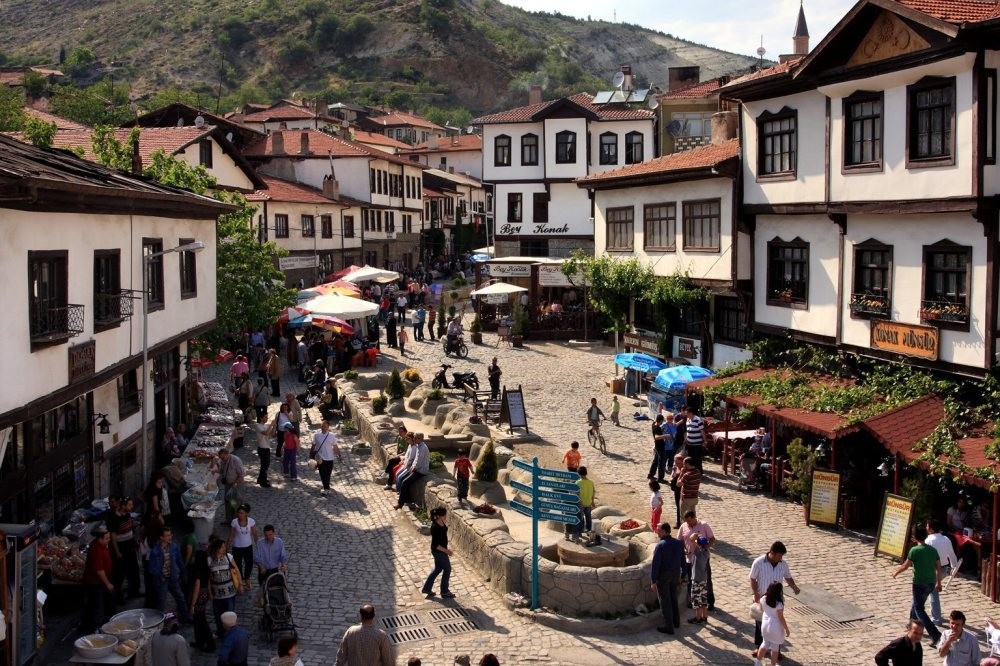 Ottoman-style towns in Turkey are perfect for those who want to discover the old spirit of Turkey, small-town style

Known as a hidden sanctuary for a peaceful escape from the daily grind in Turkey's capital city, Beypazarı is a small, historic town just two hours away from Ankara. The town is divided into two parts with one side of town offering pieces of history in tranquil settings while the other side of town, known as "New Beypazarı," has little to offer tourists. Still, the town of Beypazarı was founded on the lands of several ancient civilizations including the Hittites, Phrygians, Ancient Romans, Byzantines, Seljuk Turks and finally the Ottomans. The architecture of the town's establishments is purely Ottoman, as this was the last civilization to occupy the area.

The historic town of Beypazarı is just a two-hour minibus ride from Ankara and tourists can easily take the Ankaray Metro Line to the Akköprü bus stop located at Ankara's large shopping mall "Anka-Mall" on Gazi Street to get to the minibuses. From there, just hop one of the minibuses heading to Beypazarı and you will be there in less than two hours. 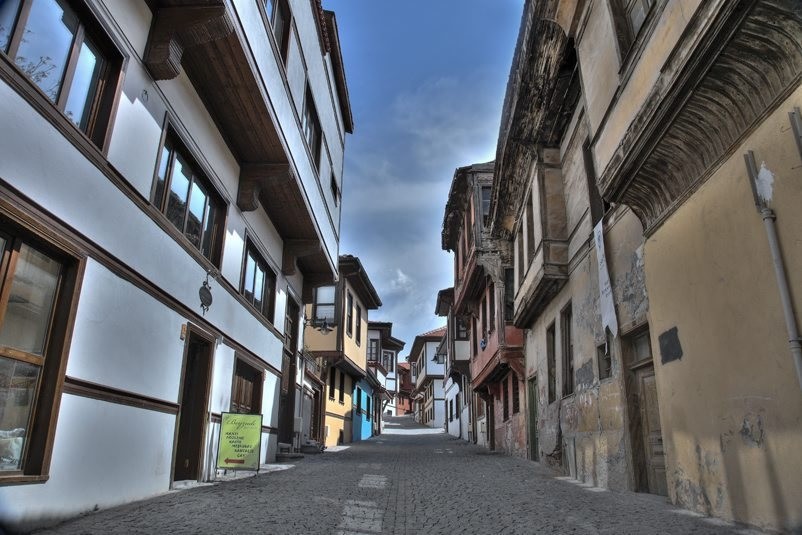 Included on the UNESCO World Heritage list, the town of Odunpazarı in Eskişehir province is one of the first residential districts established in the region and represents a more modern, living Ottoman style. While walking down the narrow, winding roads of Odunpazarı, you will quickly become mesmerized by the intricate wooden design of local homes and beautiful bay windows.

Take the tram line from downtown Eskişehir to the Atatürk High School bus stop and walk two minutes down the street where you will find the houses of Odunpazarı. 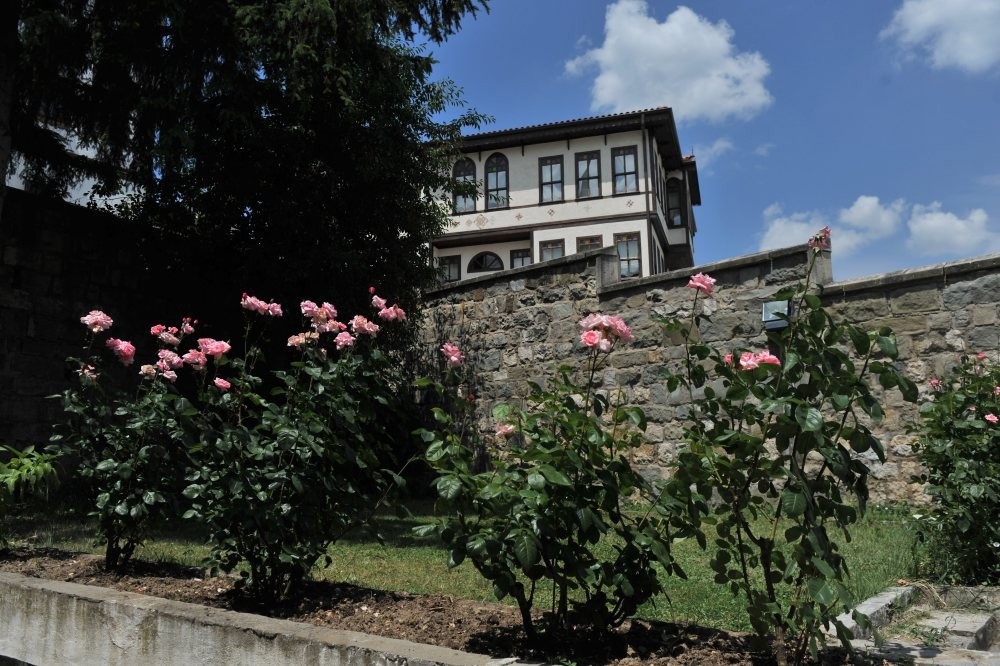 The 3,000-year-old city of Safranbolu is a popular destination for those interested in seeing the unique beauty of the region's bridges and homes, as well as ancient Ottoman architecture of the han, local mosques, Turkish baths and madrasa, attracting roughly 600,000 domestic and foreign tourists a year. The region's traditional buildings built between the 18th and 20th centuries are generally three-stories high with six-to-eight rooms, and are especially popular among visitors who flock to the region during state and religious holidays. 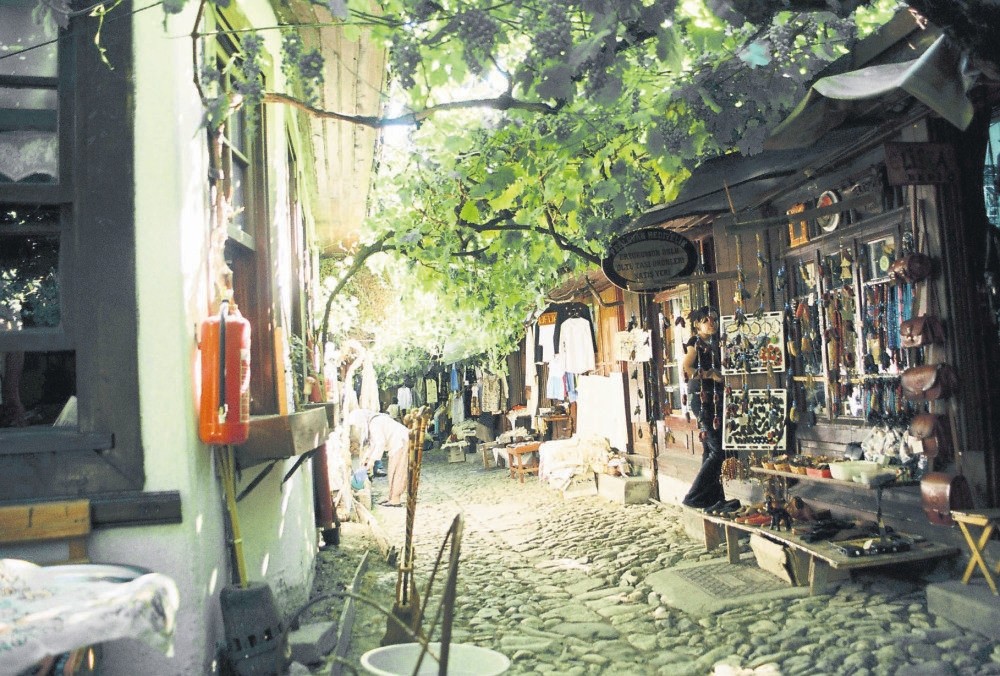 This classic Ottoman town, designated as a UNESCO World Heritage Site in 1994, functioned as a key point on the eastern and western trading routes for centuries; from the 13th to the 20th centuries. Even though the town reflects Ottoman architecture, archaeological studies show that human settlement in these lands dates back to the Prehistoric Age Safranbolu is also home to ancient tombs cut out of rock, along with an ancient Roman temple.

Located just 8 kilometers from downtown Karabük, the town of Safranbolu is easily accessible via the Bolu Ankara Highway. Just take the Gerede exit off the highway and it will take you to the town.

A town that is known as a protector of Ottoman legacy in northwestern Turkey, Taraklı is located far off the beaten path where visitors can see ancient wooden homes and narrow streets that date back three centuries. Listed as a cattalo destination in 2011 by UNESCO, the town is known for its beauty and is bustling with visitors on the weekends.

The locals here adopt an Ottoman inspired lifestyle which makes you feel like you have literally left the modern world. Local craftsmen offer handmade crafts, wooden combs and organic products in local bazaars and the Yunus Pasha Mosque if located here, along with several natural wonders including a natural spring, the Hark Canyon, the Acısu River and the Hamza Spring which are the most popular touristic spots in the town.

For local Istanbulites, there is one bus which goes to Taraklı daily from Istanbul's Harem Bus Terminal. The bus leaves the terminal at 10 a.m. and the duration of the trip is one-and-a-half hours.

Located in the Altındağ district of Ankara, the town of Hamamönü is one of the most popular historic towns in Turkey. After undergoing extensive restorations, the town has become a tourism hub of local and foreign tourists in recent years. Ancient Ottoman mosques and Ottoman-style homes of this town give visitors a feeling of delight and are conveniently located just a few miles away from the city center.

Located near downtown Altındağ, the town of Hamamönü is a short three-to-four minute walk away from Sıhhıye and is a short bus ride away from the districts of Kızılay, Sıhhiye and Uluss located on Hippodrome Street.
RELATED TOPICS