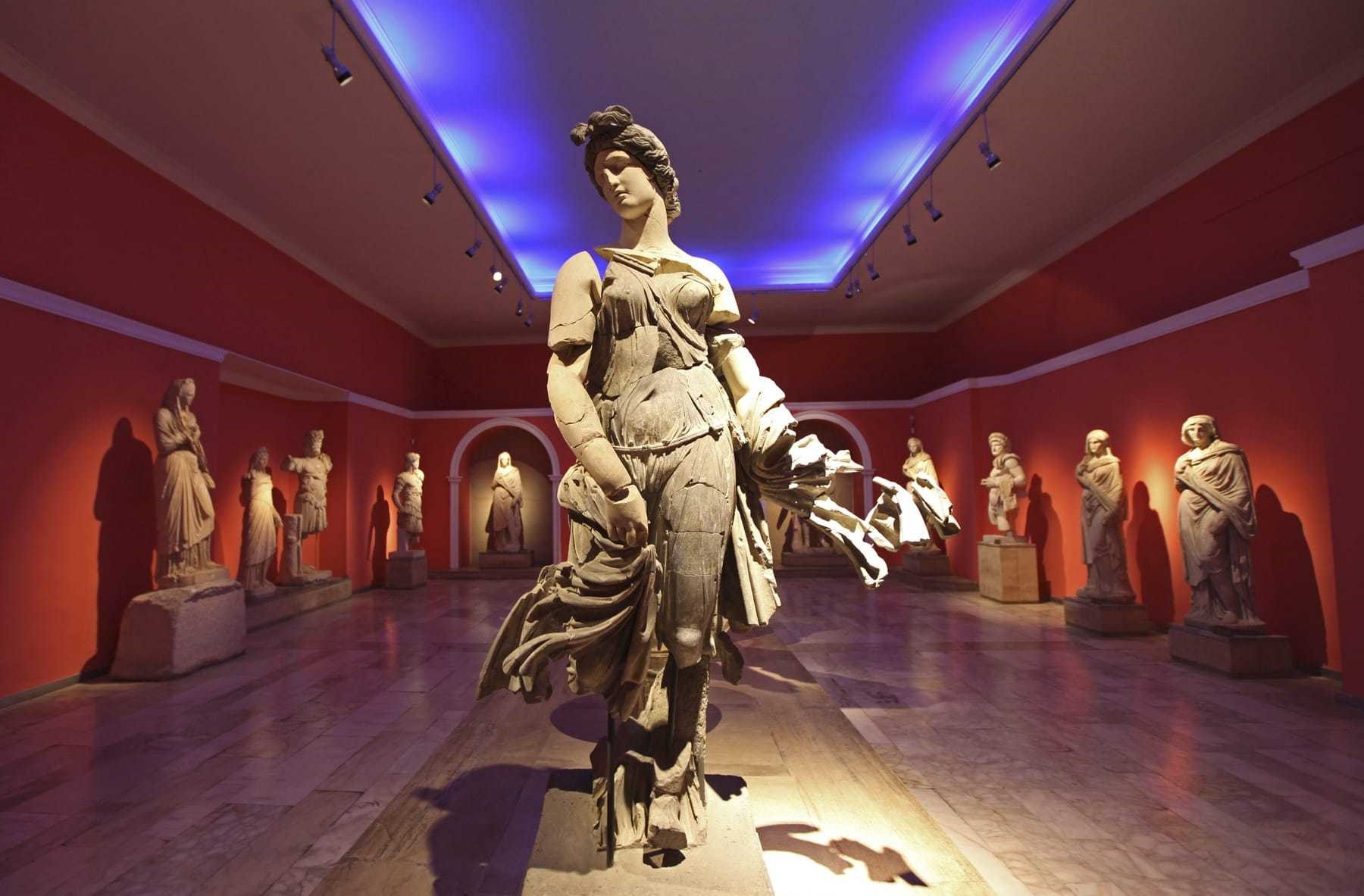 As the pearl of the Turkish Riviera, the city of Antalya gets an influx of tourists each year due its natural and historic ambiance. Those joining the Antalya International Film Festival, the following guide is a must to help you during your stay

A city of lush green mountains, pebble beaches, golden sands and deep blue waters, the Turkish city of Antalya in the Mediterranean basin offers simple pleasures for tourists. Attracting thousands of tourists each year, the city has everything for pleasurable holiday activities to the Antalya International Film Festival which kicked off yesterday and is running until Oct. 23, warranting a guide to the city's best venues and most delightful views.

During your Antalya trip, you have several choices to choose from with the ancient region of Lycia being a top choice. The Lycian civilization flourished in the Antalya basin, and the footprints left behind by this ancient civilization include the 2,000-year-old Aspendos Theater in the resort town of Belek, where opera and music performances are held year-round. Situated about 45 kilometers east of Antalya, the well-preserved amphitheater is believed to have been founded by the Greeks who came to the region following the Trojan War.

If you want to keep yourself busy by learning more about the region's history, then head to the Antalya Archeology Museum which offers stories of the ancient civilizations of the region, not just limited to the Lycians but including the Cilicians and Psidians as well. With more than 10 exhibition galleries, the museum displays statues of gods and goddess, sarcophagi, a diverse collection of old jewelry, coins and ethnographic items, among many other antiquities. More than 12,000 pieces are on exhibit in chronological order.

The city is also home to people of different faiths, which you can discover with a short three-hour drive from the city center. The town of Demre, where a church of the ancient Byzantines honors St. Nicholas, boasts frescos as well as architectural beauty and is considered the third most important Byzantinian structure in Anatolia. According to the St. Nicholas Center, the northeast annex arcade contains the only example of St. Nicholas in Turkey.

Putting aside Antalya's rich history, its natural wonders are also worth your time, starting from the Manavgat Waterfall. Located 3 kilometers from the Manavgat village, the waterfall is a great option to spend a relaxing day. Near the waterfall there are tea gardens, a fish restaurant, recreational areas and souvenir shops. It is also possible to take a boat trip up the Manavgat River to explore this lovely area further. The Düden Waterfalls, located within the Antalya city center are a good second option. You can also take a walk along the city's numerous beaches like Cleopatra, Adrasan or Patara.

To experience a bit of adventure sports, the city has a suitable landscape. Jeep safaris in the Taurus, rafting in Köprülü Canyon and canoeing at Kekova are just a few options for you and your family. The region has a number of hiking and cycling trails, the most well-known of which is the 509-kilometer Lycian Way. Before leaving Antalya, the 2,200-year-old port city of Olympos, which attracts travelers seeking a vacation away from the chaos of urban life and hosts some 300,000 local and international tourists every year, must be in your to-do list. Olympos is nearly an hour outside of the center of Antalya.

Dine out and drink

The city is a focal point of Mediterranean cuisine as well as the monadic "yuruk" culture. With light flavors, the city cuisine is based on vegetables, seafood and breakfast products like jams made of citrus fruits. There are plenty of restaurants which serve Anatolian and international cuisines that suit every budget. For a stylish meal experience, head to Vanilla Lounge situated in the city's old Kaleiçi district. A fine dining restaurant, the place is a five-minute walk from Hadrian's Gate and offers modern tastes. The menu features "Vegetable Spring Rolls," "Smoked Eggplant Penne," "Confit Duck" and the "House Beef Burger," just to name a few. Another fine dining opportunity in Antalya is the Seraser Fine Dining Restaurant which combines local flavors with international tastes. Under a very unique historic ambiance in Kaleiçi, the restaurant offers a rich menu of starters like "Beef Carpaccio," pastas such as "Risotto with Porcini Mushrooms" and "Palace's Lokma," a pastry stuffed with truffle chocolate and coated with cinnamon and brown sugar; with chocolate sauce. 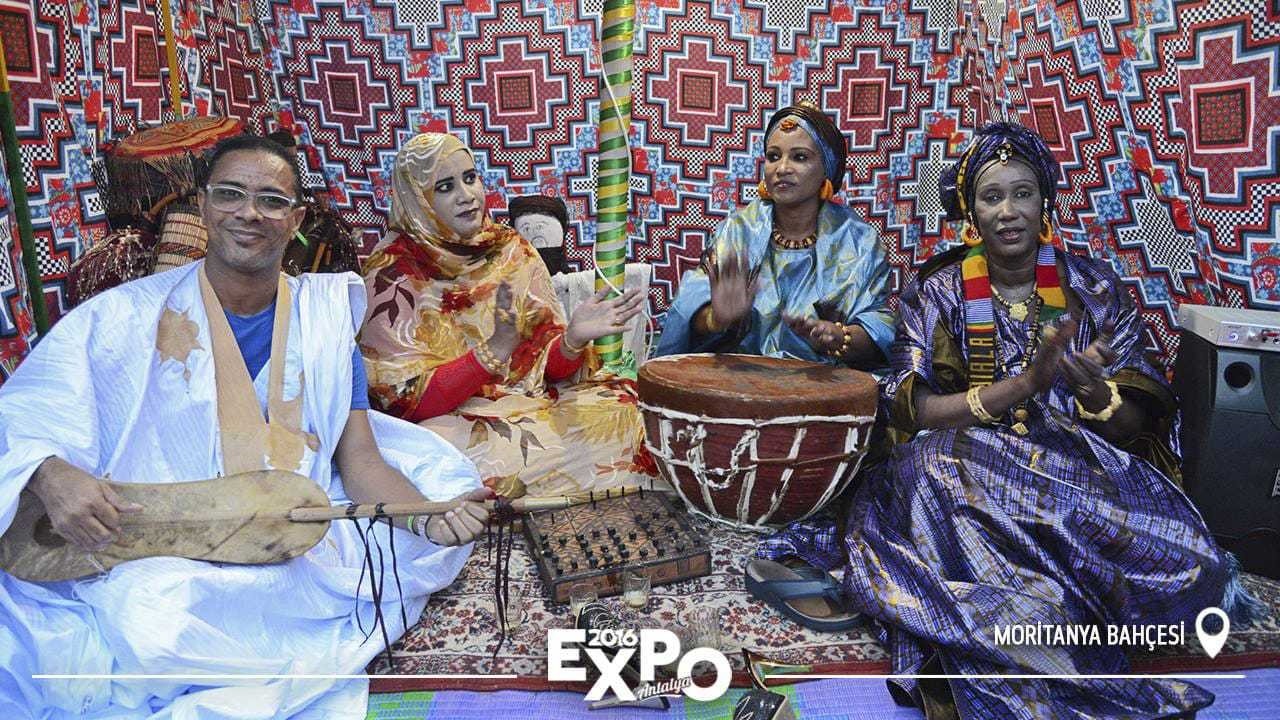 Running until the end of this month, EXPO Antalya 2016 under the auspices of the Turkish Presidency is hosting more than 40 countries with several ambitious gardens. The expo venue has hosted national and international concerts, symposiums, dance performances, musicals, theaters, workshops, street entertainments and Ramadan events so far.

Guests can also taste traditional Turkish cuisine on the restaurant street composed of seven Turkish houses, each representing a specific region's tastes. Inspired by the Alp Pasha Mansion in the city, the Antalya House's signature dishes are "Burdur Şiş" (grilled lamb on skewers) and "tahinli piyaz" (haricot bean salad with tahini). For dessert, "tahinli kabak" (baked pumpkin in syrup and tahini) stands out among other choices.

Some of the ongoing events at EXPO Antalya 2016 are the "Mother Africa" performance at the Agricultural Museum, the "Ottomania" exhibition which delves into the history of the Ottomans and wars at the Congress Center, a fashion exhibition exploring the bridal tradition of yuruks, piano performances as part of the Antalya International Piano Festival which runs until Oct. 25 and traditional dance shows.