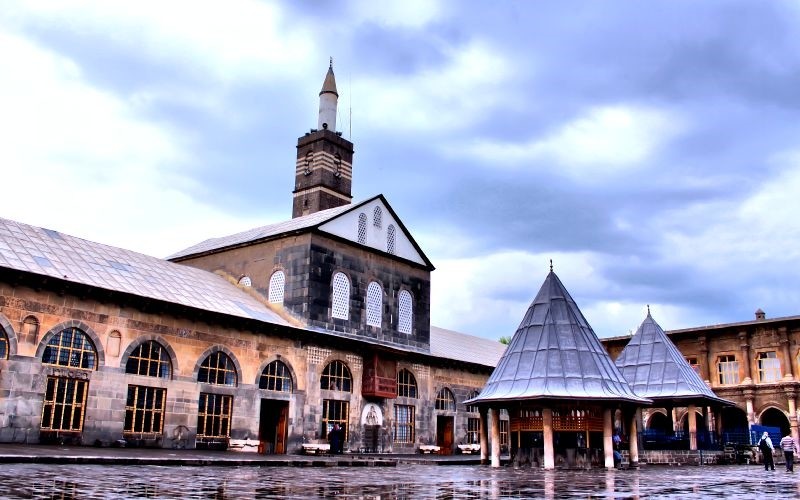 It's a mysterious place, Diyarbakır. Fortified by tall, grim basalt walls, Diyarbakır may appear intimidating at first glance, but step inside to discover the ancient yet unexpectedly modern city, a fusion of cultures where Turks, Kurds, Armenians, Assyrians, Jews and Arabs have lived together for millennia

Surrounded by the imposing 5.8-kilometer black basalt city walls, the second longest in the world after the Great Wall of China, Diyarbakır, situated along the banks of the Tigris River, with first known settlements in the area going back 9,000 years, is a treasure trove of history.

Stretching out beyond the city walls, from Mardin Gate to the shore of Tigris River, is the 7,000-year-old and 700-hectare lush green fields, the Hevsel Gardens, a World Heritage Site along with the Diyarbakır Fortress. The Hevsel Gardens, known to be Diyarbakır's grain barn since the ancient times, are also used to grow fruits and vegetables, feeding the walled city. These gardens, located along the migration route of birds are found to house more than 180 different bird species. 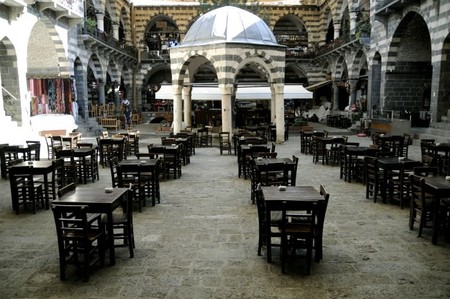 "This is the city of Diyarbakır, its ground is rocky, climate extreme, people reliable, brave and honest. It just has a bad reputation and that is the media's doing," is how one of Turkey's largest southeastern cities is described in one of the many folkloric poems specific to the region.

The city's distinct architecture, with its dark stone buildings, distinguish it from the other cities in the southeast, more reminiscent of old England.

The ancient city, known by different names throughout history was named Diyar Bakr, the "Realm of Bakr," once it was conquered by the Arab tribe of Beni Bakr in 639. Due to its strategic position, lasting peace is a foreign notion to the city that changed hands several times throughout history.

Sur is the heart of Diyarbakır. It is in this district, which is referred to as the "Old Diyarbakır," where you will find the historical landmarks, the labyrinth-like alleyways behind the famous city walls dotted with defense towers, gates, buttresses lead to thousands of years old buildings and mosques. 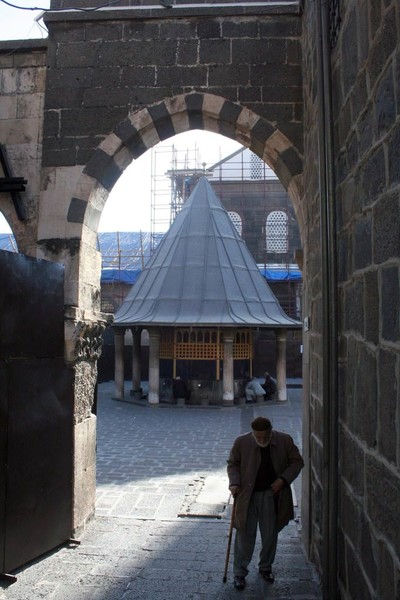 The old city is certainly historical, much the same as the other cities in the region, but unlike them, beyond the walls lies the southeast's most modern and developed city, with bright lights, shopping venues, nightlife and entertainment. However, there is one significant aspect that sets Diyarbakır apart from any other modern city: The people. Diyarbakır's people are known to be warm and friendly - like the summer heat in the city, when the temperature hits well above 40 degrees Celsius between June and September.

Diyarbakır locals are so kind and hospitable that there are currently no retirement homes in the city. The ones that were initially opened were closed down as nobody would leave their elderly at retirement homes, choosing to provide the necessary care and attention themselves. And their helpfulness is not reserved for family and friends alone. Diyarbakır is where people will open their own homes to any "guest" who asks where they can find a hotel or where they personally make sure strangers to the area, foreign or local national, asking for directions, get to their destination safe and sound.

Although police vehicles and checkpoints are common in and around the city, Diyarbakır is safe to travel - in groups or as a couple, a rule that applies to traveling in any southeastern city - with life going on as usual.