At 85, Nepali aims to regain title of oldest Everest climber 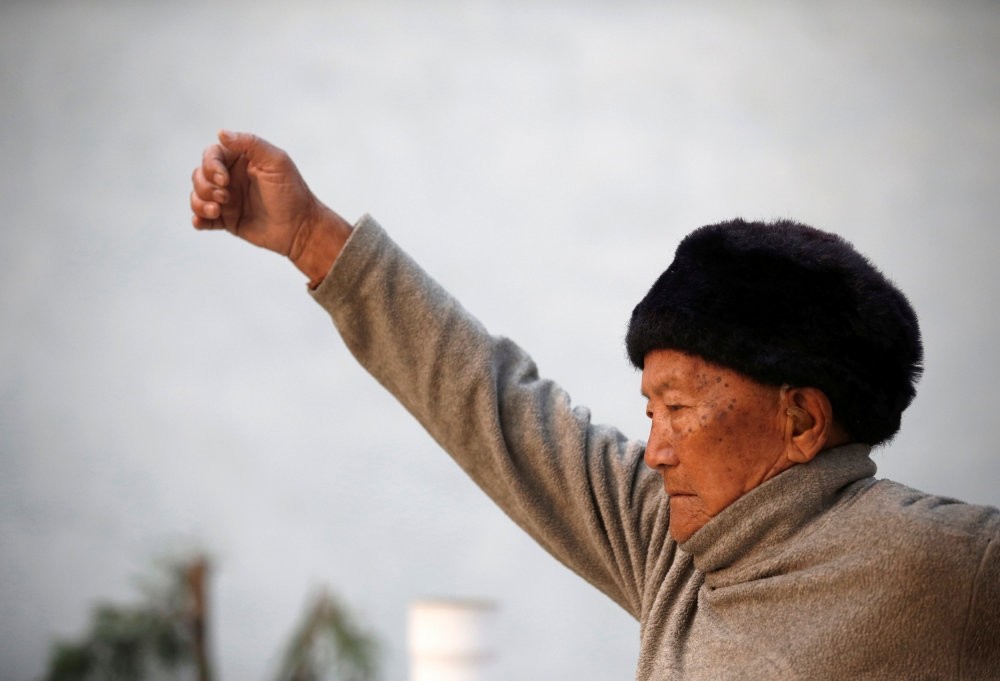 |Reuters Photo
by Associated Press Apr 13, 2017 12:00 am
A Nepali who was once the oldest climber to scale Mount Everest is attempting to regain that title, at age 85, with hopes that the feat will help him spread a message of peace.

Min Bahadur Sherchan plans to climb the 8,850-meter (29,035-foot) peak next month during a window of favorable weather on the summit.

"I want to be the oldest person to scale Everest again to be an inspiration for humankind, a boost for the elderly people and an encouragement for youths," Sherchan said Wednesday at his home in Kathmandu. "It will be a message for everyone that age is no obstacle to achieving their dreams."

The grandfather of 17 and great-grandfather of six first scaled Everest in May 2008, when he was 76, but his record was broken by then 80-year-old Japanese climber Yuichiro Miura in 2013.

Sherchan's attempt to climb Everest in 2013 was cut short because of financial problems and delays in getting the climbing permit. Another try in 2015 was canceled because an avalanche triggered by devastating earthquake swept the base camp, killing 19 people just a day before he reached the site.

"I am confident that I will succeed this time. I have no problems that could stop me from climbing Everest and the only problem could be weather," Sherchan said. He added that he has no respiratory problems and his blood pressure is normal.

Being born in the mountains, he has one big advantage over most climbers: He is used to the altitude. High-altitude sickness can be fatal for people who are not acclimated to the thin air and low oxygen levels. He said he is worried only about the five kilograms (11 pounds) he gained in the last few months.

"I am not scared of climbing, but the only part I fear is the part between base camp and Camp 1, which is very dangerous," Sherchan said.

That stretch includes the dreaded Khumbu Icefall, where climbers use aluminum ladders and ropes to navigate around deep crevasses amid tall ice blocks.

Sherchan's love of mountaineering began in 1960 when he was assigned by the Nepalese government as a liaison officer for the Swiss team climbing Mount Dhaulagiri.

He later became an apple farmer and constructed roads and dams before settling down to run hotels in Kathmandu.

He and his team of six guides and helpers leave for the mountain Sunday. His team leader, Shiva Bahadur Sapkota, has scaled Everest twice.

He said that if he regains his record, he plans to campaign for world peace by traveling to conflict areas like Syria.

"After I become the oldest Everest climber, people will listen to my campaign for world peace," he said.
RELATED TOPICS