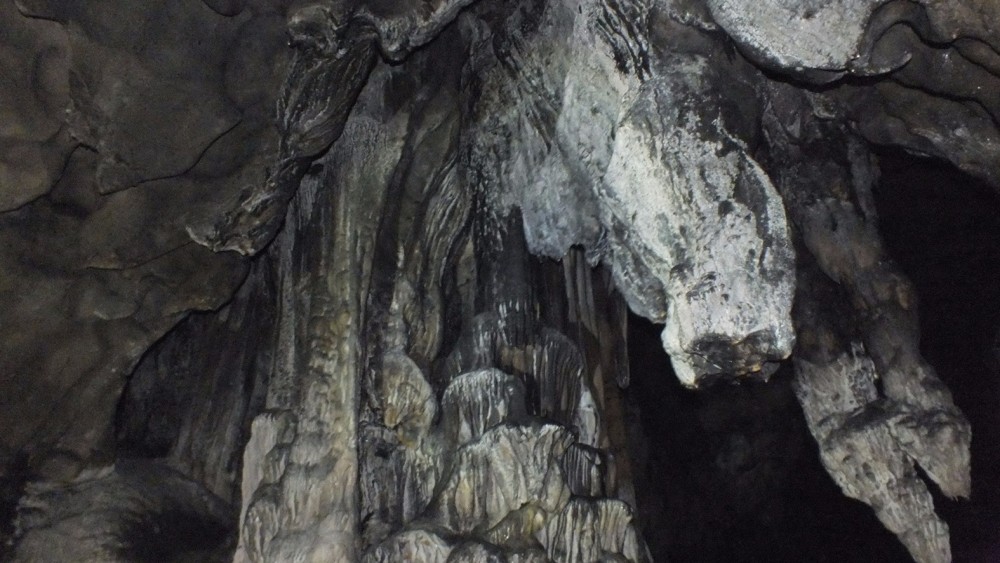 Located in the province of Zonguldak, the 793-meter-long İnağzı Cave resplendent with stalactites, stalagmites, pillars and dripstone pools may soon be open for tourists. In preparation for the opening, a cleaning project was kicked off on World Environment Day on June 5 with the support of the Tanfer Health Group. The project aims to create environmental awareness while preparing the cave for tourism.

The 15-day cleanup project was created both to promote and introduce İnağzı Cave and to generate environmental awareness. The 793-meter-long cave's width ranges from 5 to 12 meters and its height 4 to 8 meters. It contains various geological formations, including stalactites, stalagmites, wall dripstones and pools and will soon be open to visitors.

Starting on World Environment Day, the Tanfer Health Group assigned the task of cleaning the cave to a team of university students and professional speleologists. Supporting this social responsibility project, Tanfer Health Group's Corporate Marketing Manager, Mustafa Sökmen, noted that they were pleased to contribute to this project, which will mean re-introducing this beautiful natural formation to tourism on behalf of Zonguldak. "We were excited when professional speleologist Engin Zaman presented us with the project. The stalactites and stalagmites in the cave reminded us of teeth. In fact, the results we obtained while cleaning the cave resulted from the same care and attention we pay to our teeth, which excited us," Sökmen said. Sökmen concluded that social responsibility projects should not only promote people's health, but also that of nature.

Zaman initiated the project after a six-month-long preparation stage with the support of the Tanfer Health Institution. On occasion, he had to clean the stalactites with a toothbrush, showing the same care we show our own teeth. Noting that the İnağzı Cave located in the İnağzı Quarter was once a shelter for ancient pirates and sailors taking shelter from storms, he added that humans have explored only the first 70 meters of the cave so far. However, the length of the cave is actually 793 meters, although with Zaman's recent work, it is estimated that the length is actually around one kilometer long. "The most outstanding characteristic of the cave is, thanks to the limestone layer, there are snow-white formations made of calcium carbohydrate," Zaman said, adding that the cave is among the most mesmerizing caves in the world.