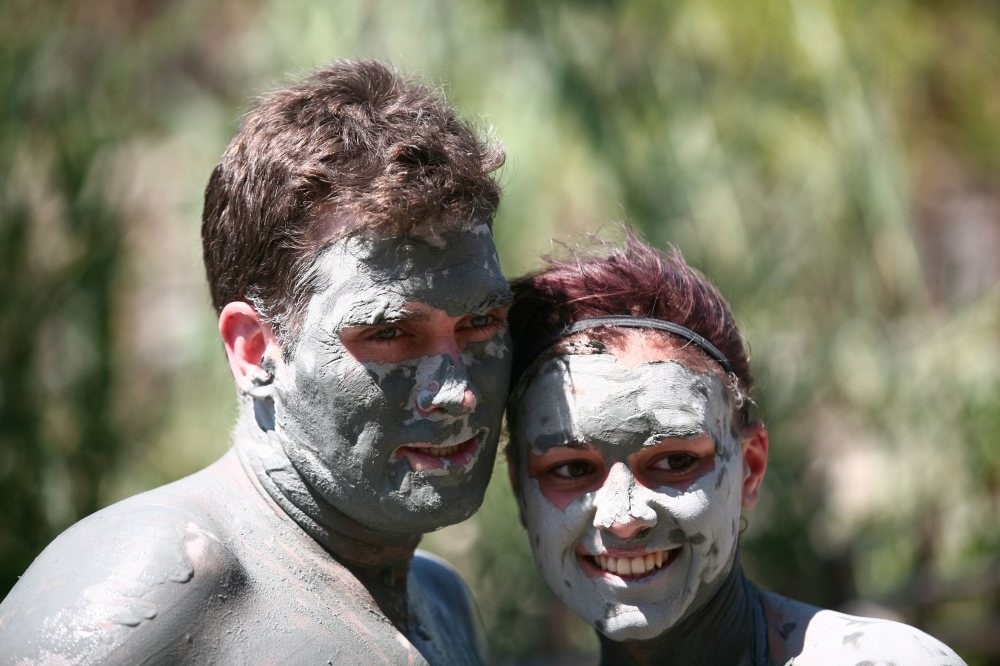 Ranking at the top of the world's list for mineral density, the ‘beauty mud' of Sultaniye Thermals is beneficial for dermatologic problems and attracts local and international tourists alike

With sanatorium-like accommodations that offer joyful holiday activities, Sultaniye Thermals and Mud Baths function as a health and holiday tourist attraction, serving enthusiasts for thousands of years in the Köyceğiz district of Muğla province.

The thermal has attracted a great deal of attention especially from Russian, British and Arab tourists in recent years thanks to its high mineral values, optimal health benefits and the strong flow of thermal spring waters.

Located on the southeastern shores of Köyceğiz Lake, Sultaniye Thermals is a destination most famous for its mud baths, in addition to its healing waters. 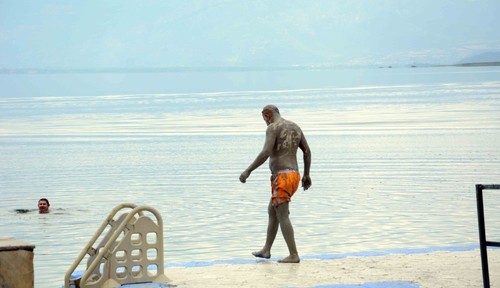 These thermal springs are accessible to tourists on boats departing from the districts of Köyceğiz and Dalyan and also by car from Köyceğiz. The thermal springs boast indoor and outdoor pools for visitors.

Sultaniye Thermals feature a special type of mud known as "beauty mud," believed to be beneficial for healing dermatologic disorders and beautifying the skin.

The thermal attracts nearly 3,000 local and foreign tourists in the summer months.

Managing director of Köyceğiz Municipality's Sultaniye Thermals İbrahim Yıldırım spoke to Anadolu Agency and stated that Sultaniye Thermals, located in the foothills of the Ölmez Mountains, has a history dating back 2,000 years in a region that features many historical structures both underwater and above the ground.

Yıldırım stressed that the mud baths and thermal springs attract attention in the health tourism sector with temperatures between 39 and 40 degrees (Celsius). He said that as one of the most effective thermals in the world, Sultaniye Thermals rank second after the Indonesia Thermals and have radioactive features which boost the springs' attractiveness among tourists. 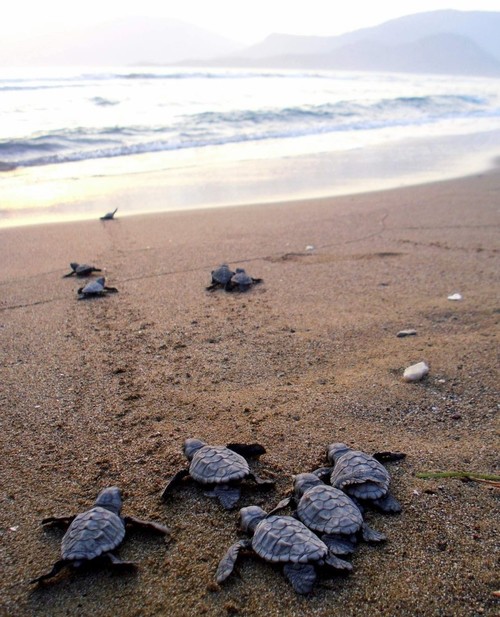 "The thermals are mostly visited by Russian and British tourists. This year, we also saw an increased number of Arabic tourists. Needless to say, we have many tourists from several other countries all around the world as well," he said.

The thermal is historically known to have its roots in the ancient Caunos civilization that is said to have lived in Dalyan around the year 100 B.C.

After the Caunos civilization, the Sultaniye Thermals were transformed into a sanatorium by the ancient Romans. According to historical records, the entrance of the sanatorium is inscribed with the words, "In the names of the gods, death cannot enter here" and "ölmez" ("immortal" in Turkish). The Ölmez Mountain takes its name from the sanatorium.

"Tourist groups travel here from the cities of Köyceğiz, Marmaris, Fethiye, Bodrum and Antalya in the early hours of the morning and first experience the mud bath before coming to the thermals to rest. Here, we have bungalow facilities with a capacity to host 100 guests simultaneously," Yıldırım added, providing information about the available facilities."The thermals are visited by almost 150,000 tourists yearly," he explained, emphasizing that the Sultaniye Thermals are beneficial for all kinds of rheumatic and gynecological diseases as well.

According to reports, the Sultaniye Thermals are ranked among the top thermal springs in the world for their high mineral density. The springs contain calcium chloride, calcium sulphate, calcium sulphide, bromur, radon and radioactive substances.

Serving in the tourism sector on the shores of the Köyceğiz Lake for 15 years, Birol Anıl Karabatan stated that the tourism season has made a super start this summer season and the number of tourists increased by 50 percent in the first days of June compared to last year's numbers.

"This weekend between 4,000 and 5,000 tourists visited the thermals and mud baths. The mud baths are especially attracting tourists, as they typically do every year. Our visitors really enjoy their time here. In the context of our daily schedule, the first stop is the Sultaniye Thermals. After a meal break in Sultaniye, our tourists visit the Tombs of the Caunos Kings at Dalyan and then go to the İztuzu Beach for their final stop. Most of our customers come here from the five-star hotels in Marmaris where they stay," Karabatan said.

Meanwhile, Russian tourist Julia Sminovey expressed her satisfaction in visiting the area, saying she will continue visiting Sultaniye Thermals in the years to come and she will tell her friends and family about it.

A first-time visitor to Turkey, Tatiana Zaharova, spoke about the hospitality of Turkish society.

"I really loved the Sultaniye Thermals. I try to show this beauty to my friends via live broadcast on social media. I really enjoyed my time here and recommend it to my friends," she said.

Rebeka Scayfter and Anna Guharmanova, who visited the thermals at the recommendation of a friend, also expressed their satisfaction about the facilities stating that they felt 10 years younger.