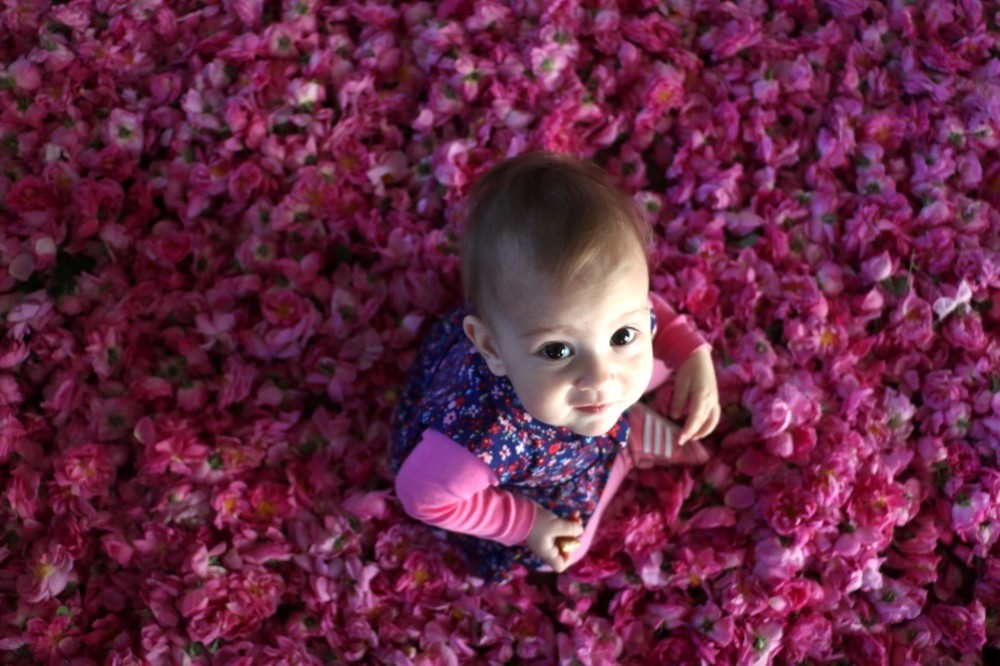 The southwestern province of Isparta boasts some of the most beautiful floral scents in the world, courtesy of its famous rose gardens and fields of lilies and lavender that lure tourists to the city, where visitors can experience rose season from spring until summer

Known for its beautiful roses, the Turkish city of Isparta is also renowned for its luscious fields of lavender and lily, aromatic plants which have boosted the local economy in recent years. The harvest of these plants has become a major part of the growing economy in the region, where lavender and lily production also provides a boost to local tourism.

In addition to their visually aesthetic appeal, local lavender and lily fields across Isparta are attracting thousands of local and foreign tourists during the harvest time, boosting the number of tourists who visit the city annually.

The lily, which requires the earliest harvest of all aromatic plants, offers a feast for the eyes of all who visit during the month of May. Generally grown in local parks and gardens as an ornamental plant, the lily grows on a 120,000-square-meter area situated in Isparta. Tourists who visit the province are known to rush to these lily fields where they can take photos of Isparta's famous lily fields.

Rose season, on the other hand, begins in the last week of May and lasts until the end of June. Throughout the season, Isparta's districts of Keçiborlu and Gönen, where rose cultivation is most prominent, turn into an important tourism center. 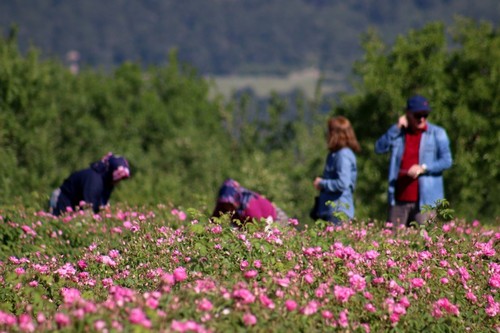 Many tourists visit the city for tours organized by many tourism agencies, picking roses in the early hours of the morning and seeing firsthand the process of rose oil extraction.

The 3rd Rose and Carpet Festival, organized in the town of Güneykent this year, attracted widespread attention and is expected to host more than 10,000 tourists who will visit the city throughout the rose season.

On the other hand, aromatic lavender, Isparta's latest blooming plant, blossoms in July and blankets the village of Kuyucak in the Keçiborlu district in shades of purple, blooming throughout the month of July. Lavender season lasts until the end of August.

Under the auspices of the project titled, "The Future is in Tourism," conducted in cooperation with Turkey's Culture and Tourism Ministry's U.N. Development Program and Anadolu Efes, a new project titled, "The Village of Lavender Scent" was launched in the village of Kuyucak, which produces 80 percent of all lavender harvested in Turkey.

As a result of the project, the number of tourists who visited the village last season surpassed 20,000. The 2,500,000-square-meter lavender fields have become the holy grail of photography artists.

Speaking to an Anadolu Agency (AA) correspondent, Isparta's Director of Culture and Tourism Osman Çot said the city is a heavenly oasis of aromatic plants.

Çot also said that the scope of the projects, conducted to promote the city's aromatic plants, are expected to bring more than 400,000 tourists to the province, adding that last year's numbers reached 367,000. According to Çot, Isparta's lavender fields have hosted more than 20,000 tourists so far this season, compared to roughly 5,000 at this time last season.

Speaking about the tourism workshop organized under the leadership of Isparta Mayor Şehmus Günaydın, Çot said that numerous tourism agencies -along with officials from the Association of Turkish Travel Agencies (TÜRSAB) - attended the workshop. At the event, the city's aromatic plants, namely, rose, lavender and lily, were promoted with the purpose of boosting the city's tourism potential.

Çot also indicated that a presentation given about the Isparta rose, lavender and lily at various fairs in the region were met with positive feedback from visitors.

One of the tourists who came to see Isparta's roses firsthand, pharmacist Serap İnce, said she came out of curiosity and interest for the rose's aromatic healing abilities.

"I have heard about the Isparta rose for years. The city is somewhat known for this aromatic plant. I used to dream about seeing the roses in person for a long time. Here, the ambiance is great. While our country has many natural beauties and we travel to foreign countries to see different natural wonders, I regret not visiting Isparta sooner. Touching these roses is like pure magic," she says.

Stating that she will also come to observe the lavender in season, İnce added, "I want to see lavender bloom as well and I will be really happy if I can come here again. I went to France to see the lavender in bloom there two years ago. I didn't know that we have lavender in Turkey. Why not visit our own domestic lavender fields instead of spending a fortune to travel to foreign countries?"

Another tourist, Dr. Zehra Ersan Akgir also said that she told her friends about the tour and invited them to witness the beauty in Isparta.